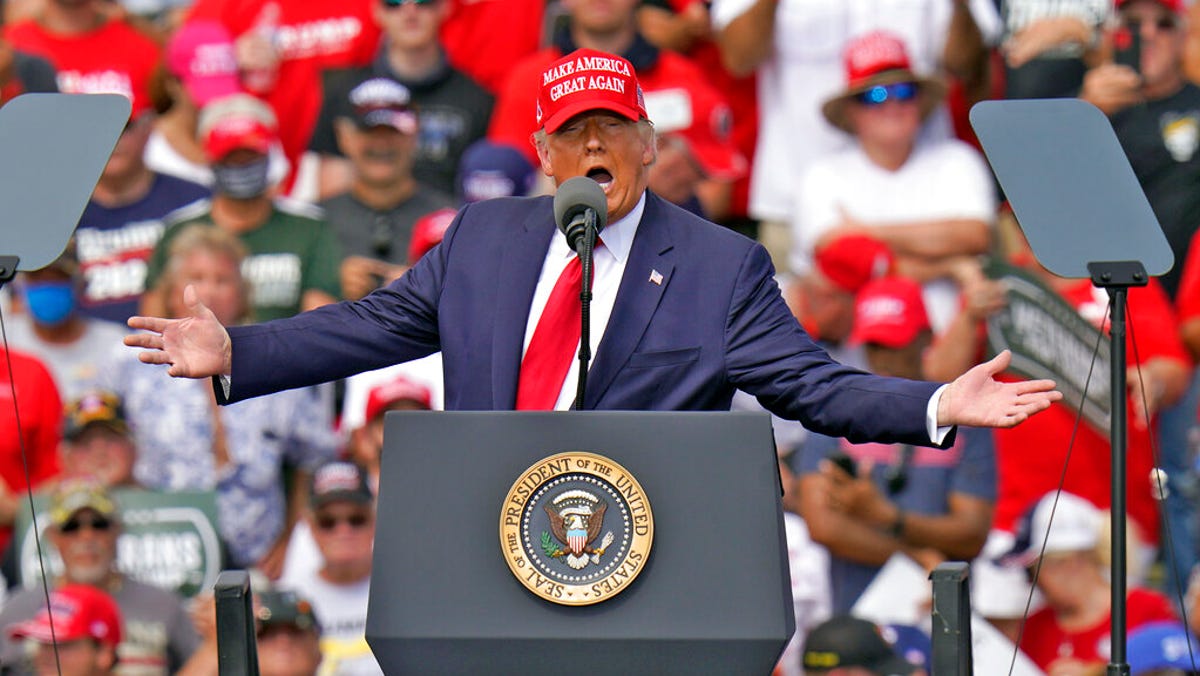 Republican President Donald Trump will make three separate stops in Michigan over the final few days before Nov. 3, and he will close out his 2020 presidential campaign in the Great Lakes State.

The president will hold a rally a day later at 5 p.m. Monday at Cherry Capital Airport in Traverse City, in Grand Traverse County. His final campaign stop of the election will be at Gerald R. Ford International Airport in Grand Rapids at 10:30 p.m.

Trump also ended his 2016 campaign with an event in Grand Rapids. — Mansur Shaheen

Trump to make three Michigan stops in campaign homestretch added by Tribune on October 30, 2020
View all posts by Tribune →