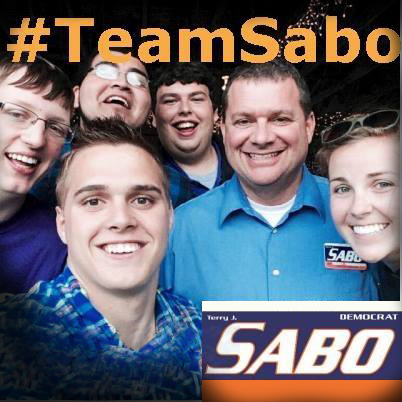 A statement by Supreme Court Justice Clarence Thomas, recently came to mind when I(along with my business the Muskegon Tribune) was viciously and unfairly attacked by Terry Sabo and his rogue staff and racist supporters including, William Synder, Jason Colella, Karyn Kraus Moulatsiotis, Zak Anderson(who later apologized) and others.

“This is not an opportunity to talk about difficult matters privately or in a closed environment. This is a circus. It’s a national disgrace. And from my standpoint, as a black American, it is a high-tech lynching for uppity blacks who in any way deign to think for themselves, to do for themselves, to have different ideas, and it is a message that unless you kowtow to an old order, this is what will happen to you. You will be lynched, destroyed, caricatured by a committee of the U.S. Senate rather than hung from a tree”.

Justice Thomas made these statements after he felt he was being attacked unfairly by a U.S. Senate Committee approximately 25 years ago. I had a similar experience recently by a group of thugs under the campaign and leadership of Terry Sabo, who currently serves on the County Board of Commissioners.

Let me be clear upfront, I have no affiliation with any campaign or candidate. I am not even a Democrat nor a Republican and never will be. I have been registered an Independent since I first registered to vote almost three decades ago. I want the readers to understand clearly I have no interest in the petty politics of the two party monopoly system locally or nationally. Terry Sabo and his team of liars and thugs wanted the public to believe we were favoring a candidate I don’t even know.

On July 22 Terry Sabo sent an email to me and others (a few days after his failed lynch mob cyber attack on my business) he stated that his staff believed that after his campaign declined to advertise in the Tribune an increase of content promoting Sean Mullally appeared on our website, here is the exact quote from Sabo himself not a single word has been altered and if anyone says otherwise I will post the entire email.

“My campaign manager then met with Mr. Thompson and as a result of that meeting, recommended to me that we not engage the offer as it simply was not going to fall within our budget. Immediately, after we declined, my team stated they started noticing a very strong promotion of our opponent. In their frustration, they then decided to take it upon themselves to engage your newspaper with social media comments and poor reviews over the course of several hours in an evening and night”.

This is a big lie. Here are the actual facts that Sabo deliberately leaves out.

So you have it, a single article in February(which was followed by an article on Terry Sabo, (which he nor his staff ever mentions), June(a press release from a local woman’s group)and a single paragraph in July. This is the “strong promotion” we are accused of giving Sean Mullally. Three articles over a 5-6 month span. We have since run a fourth Candidate Profile article, which we did for five other candidates.

In the email Terry Sabo never said the Tribune wrote anything negative about him, he didn’t say we mis-quoted him or maligned his campaign in any way because we didn’t. According to him, their issue was the “strong promotion” of his opponent, which they attributed to their refusal to advertise. Since we now know the so-called strong promotion consisted of three articles over 5-6 months, what does this say about the integrity of Terry Sabo?

Sabo was given an opportunity to submit content and news and he knows this, but along with his campaign felt the Tribune was a waste of time to even send news to. He felt this way until he saw a few articles on his opponent and other candidates and then he became incensed with anger, hate and hell-bent on discrediting the newspaper.

This speaks to the character of Terry Sabo and his staff. They deliberatedly made false statements in an attempt to discredit the Tribune, so if readers came across a story on his opponent they would disregard it as “paid advertisement”, which is a lie.

We have run political advertisement for 15 years. We have never been accused by a campaign of being upset over some little advertisement. I didn’t stay in business 15 years with the Tribune depending on political campaigns every 2-4 years. This is an insult and distraction by Sabo and his campaign to take the attention away from the lies, deceit and maliciousness of their unwarranted attacks.

This is what Supreme Justice Thomas meant by if a “Uppity Black” don’t bow and submit, “you will be lynched, destroyed, caricatured.” This is the political play book of the real Terry Sabo hiding behind the smile, hiding behind the empty political promises, hiding behind working in the Heights. A classic wolf in sheeps clothing. His campaign felt I stepped out of line and this “boy”had to be put in his place, in other words endure a high tech lynching.

However, they made a mistake, they didn’t do their home work. They believed I would run for cover. I don’t believe in running and back paddling. I stood my ground and fought back!

The false reviews their thugs made are under review by Facebook and I am confident they will be seen for what they are and removed. Not to mention the community rallied and beat back those reviews with support for the Muskegon Tribune and our web traffic is the highest it has been in the history of the Muskegon Tribune. In their evil attempt to harm the paper, they have actually made it more popular and known than ever before.

Sabo campaign staff recruited hate-filled bigots from Shelby, Hart and other places to engage in a malicious plot to discredit and assassinate the character of the Tribune online, all while using foul and racist language like “boy”, and referring to me as a “dog” and profanities too disgusting, perverted and foul to repeat.

If this was a 100 years ago Terry Sabo, Will Synder, Jason Collella, Zak Anderson, Karyn Kraus Moulatsiotis and their horde of political thugs would have rode to my home on horseback and burned a cross in the middle of my front yard.

This was all started because the Muskegon Tribune published THREE articles/announcements over a time span of 5-6 months on Sean Mullally and the Sabo campaign instead of reaching out to send campaign news(which was extended to Terry Sabo personally) decided to take a more sinister route and attack the paper and it’s owner.

What nerve of this egomaniac politician to think he has the power to cause me to become upset over one little ad for a few hundred dollars. This is preposterous to say the least.

We ran advertisement for 8 out of over 20 candidates we contacted for this Primary. This means less than half, who we actually reached out to bought advertisement. Why is Terry Sabo campaign the only camp making such ridiculous allegations?

The Sabo campaign clearly lacks a knowledge of who I am and what I represent. The Muskegon Tribune is a community newspaper that has been responsible for doing more good than Sabo can fathom, a newspaper that has personally financed over 2,000 hours of free reading and math tutoring for our young people in this community in the last few years, paying tutors $25-$40 an hour, a man that maintained and financed a 10,000 square foot building for 11 years for youth at no cost to them without soliciting a single grant, or soliciting a single donation, yet Terry Sabo, Jason Collella, Will Synder, Karyn Kraus Moulatsiotis and other members of their deceit squad want the public to believe I need their little ad money.

A newspaper and Publisher that has personally financed high level events and celebrities like Judge Greg Mathis, Educators, a Navy Seal member, and many others(too many to name) to visit Muskegon and Muskegon Heights to motivate and help our young people maximize their potential often spending thousands of dollars, Financing Historians, College trips, Math Camps, Etiquette & Manners workshops, a trip to West Point Military Academy, Science programs, Empowerment Programs for Girls, Self-Defense training, even paying a boxing coach with a Ph. D to drive from Grand Rapids daily to work with our young people, paying a Judo instructor weekly to drive from Grand Rapids to conduct free martial arts classes that the Tribune subsidized all free of charge to our youth and all personally financed BY THE MUSKEGON TRIBUNE and it’s Publisher.

Yet, Terry Sabo and his rogue staff wants people to believe all of a sudden, out of the blue, I go haywire over a few hundred dollars. As I stated before, they failed to do their homework.

In 15 years no campaign has ever made such an utterly ridiculous accusation. This is totally false and a very evil attempt by Sabo and his campaign to try to discredit our 15 years of work, a work that expands far beyond the newspaper into the community doing work to advance the community. A work that Terry Sabo cannot even come close to matching. Sure, he’s a firefighter, but that’s his job. He gets paid by tax payers to perform a duty. Our work is not tied to a pay check, in fact, we are the pay check. We finance our own efforts, we do it out of genuine love for the people.

Finally, in true politician fashion(because the email was made available to others) Sabo attempted to paint himself as an innocent “servant of the people”, who has no problems with me. Here are his exact words, “You and I have known each other for probably over 20 years. You have always been fair and pleasant to me”.

This is classic political double-talk. Say the right words publicly, but engage in evil actions behind the scene. Not one sentence in Terry Sabo’s email did he ever point to or identify a single negative thing the Tribune ever did to him, nor did he present a single ounce of evidence to back up the slanderous claims of his rogue staff.

In spite of me being a “pleasant” person according to Terry, he still ordered his political brats, racists and attack dogs to attempt to put a rope around my neck. The problem is I don’t bow to political masters. I won’t stand still while you attempt to lynch me.

As I said earlier, his campaign failed to do their home work on me and therefore their High Tech Lynching failed!

Franklin A. Fudail is the Publisher of the Muskegon Tribune and author of two books, Taking Back Your Manhood and Straight Talk for Black Women.

Editorial: Failed attempt at a “High Tech Lynching” added by Tribune on July 31, 2016
View all posts by Tribune →

12 Responses to "Editorial: Failed attempt at a “High Tech Lynching”"