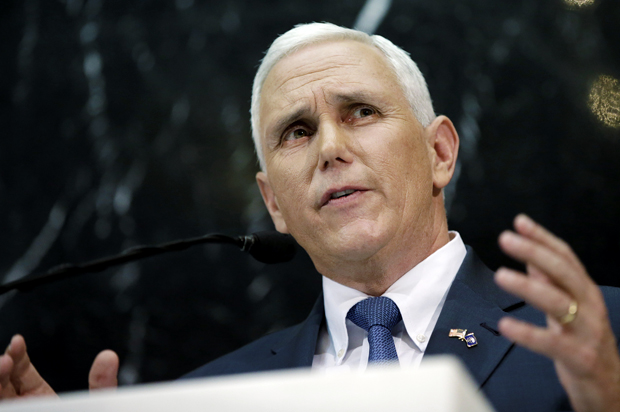 Donald Trump has chosen Gov. Mike Pence of Indiana as his running mate, turning to a well-established conservative who brings government experience to the Republican presidential ticket, Trump said in a Twitter post at 10:50 a.m. Friday.

The selection of Pence, a 57-year-old former radio host and congressman whose social conservatism is well known, could soothe right-leaning voters who are skeptical of Trump’s views on social issues.

In his selection, Trump also gains a partner who is fluent in the ways Washington works, a background that complements Trump’s outsider status. Before his election as governor in 2012, Pence had served for six terms in Congress and rose to be the third-highest-ranking Republican in the House.

The choice of Pence, three days before the start of the Republican convention in Cleveland, ends an unpredictable search for a running mate for Trump, whose campaign has defied political norms.

The search was complicated by the unwillingness of many leading Republicans to bind themselves to Trump, whose divisive comments on a wide range of subjects have repelled many voters.

In that way, joining Trump is a gamble for Pence, who had considered running for president in the 2012 and 2016. He endorsed Sen. Ted Cruz of Texas before Indiana’s primary, though he took care to praise Trump.

Pence brings credibility as a conservative, which should help Trump in the view of some on the right. A lawyer by training, Pence has described himself as “a Christian, a conservative and a Republican, in that order.”

Pence is up for re-election this year, but he would not be able to continue with that bid while running with Trump.

He was at the center of a national debate last year over religious freedom laws that critics said invited discrimination against gay couples. In Congress, he pushed to cut off federal funding to Planned Parenthood.