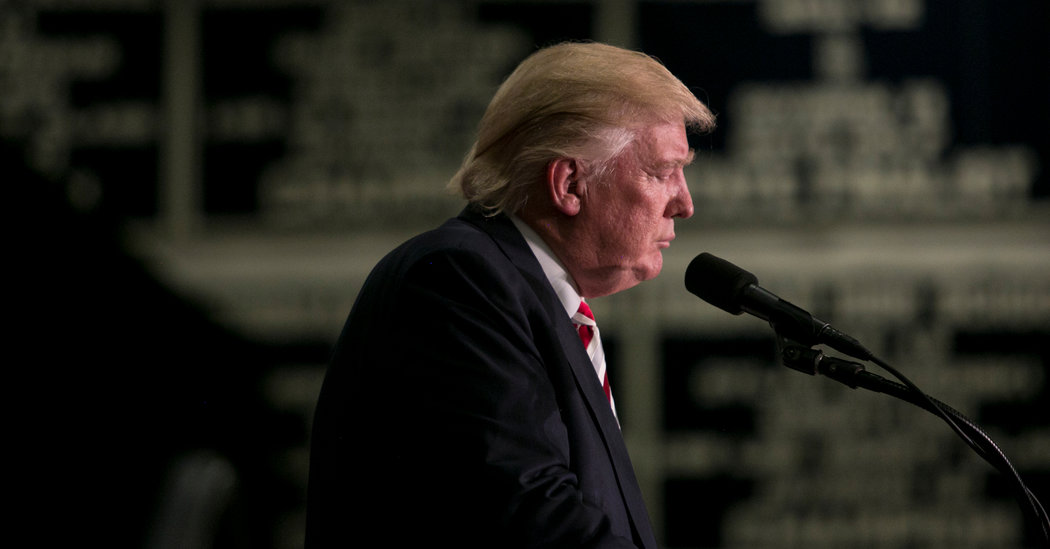 Donald Trump will look to move past a week of turmoil Monday as he heads to Michigan to deliver a policy address on a subject that he considers his strong suit: the economy.

Trump, who will be joined by his running mate, Gov. Mike Pence of Indiana, will speak at a Detroit Economic Club lunch, and he is expected to lay out plans for how he would revitalize the U.S. economy.

Trump, who has argued that his background as a real estate developer qualifies him to steer the world’s largest economy, will also highlight how his economic vision differs from that of Hillary Clinton, his Democratic opponent.

The address represents an opportunity for Trump to change the subject after a week in which he was embroiled in controversy over his critical remarks about the family of a fallen Muslim soldier and several other miscues. As a result, Trump’s poll numbers have taken a dive, and some Republicans have started to desert him.

But Monday will offer Trump something of a reset, allowing him to lay out a broader framework of his plans for the economy. Thus far, he has promised to spur economic growth by cutting taxes, closing loopholes that benefit the superrich, penalizing companies that move their operations to other countries and renegotiating trade deals that do not favor U.S. workers.

Many of Trump’s economic ideas stray from conservative orthodoxy, and last week he signaled that he might move to the left of Clinton in some areas, suggesting that he would spend twice as much as she would on infrastructure. However, Trump also seems to be ready to take cues from Wall Street despite his populist proposals. On Friday, he announced a team of economic advisers that consisted of billionaires, bankers and fund managers.

With Michigan being a crucial state for both parties in November, Clinton will try not to let her rival get the last word. The Democratic nominee will be in Detroit on Thursday to deliver an economic speech of her own.

Trump, Hoping to Change Subject, Heads to Detroit to Talk Economics added by Tribune on August 8, 2016
View all posts by Tribune →