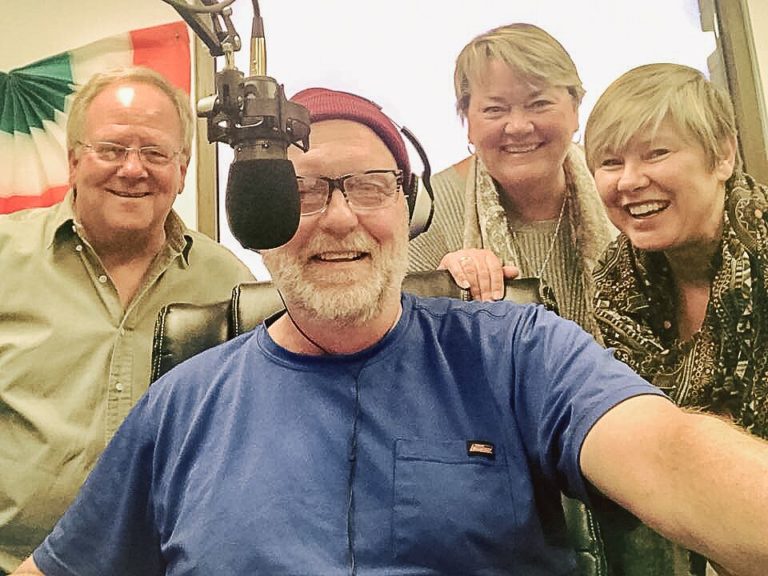 Muskegon – Local radio station 100.9FM will be celebrating St. Patrick’s Day on Thursday with an extended edition of its popular Celtic Music Show,  “Sounds Like Ireland”, hosted by radio legend Bill Marshall. The special St. Patrick’s Day Show will air from 12:00 pm to 7:00 pm with a full playlist of the best in Irish music. The St.Patrick’s Day show is sponsored by the Michigan Irish Music Festival and Unruly Brewery.

In recent years, Marshall has taken that passion to another level through his work at Muskegon’s 100.9 FM with a prime-time radio show “Sounds Like Ireland” that’s elevating the genre and making a name for both its host and the station across the globe. The show has expanded globally with the help of Sounds Like Ireland cohort Lashelle Mikesell, who assist with social media and making connections with Irish music artists from around the world.

The show which is in its 7th year normally airs every Thursday from 5:00 pm to 7:00 pm. This year St. Patrick’s Day falls on Thursday, so a special 7-hour edition will air. Sounds Like Ireland is West Michigan’s only Celtic Music Show and is officially sponsored by the Michigan Irish Music Festival.

To listen to the special edition show on Thursday, March 17 visit www.muskegonradio.com or if in Muskegon turn the dial to 100.9FM.