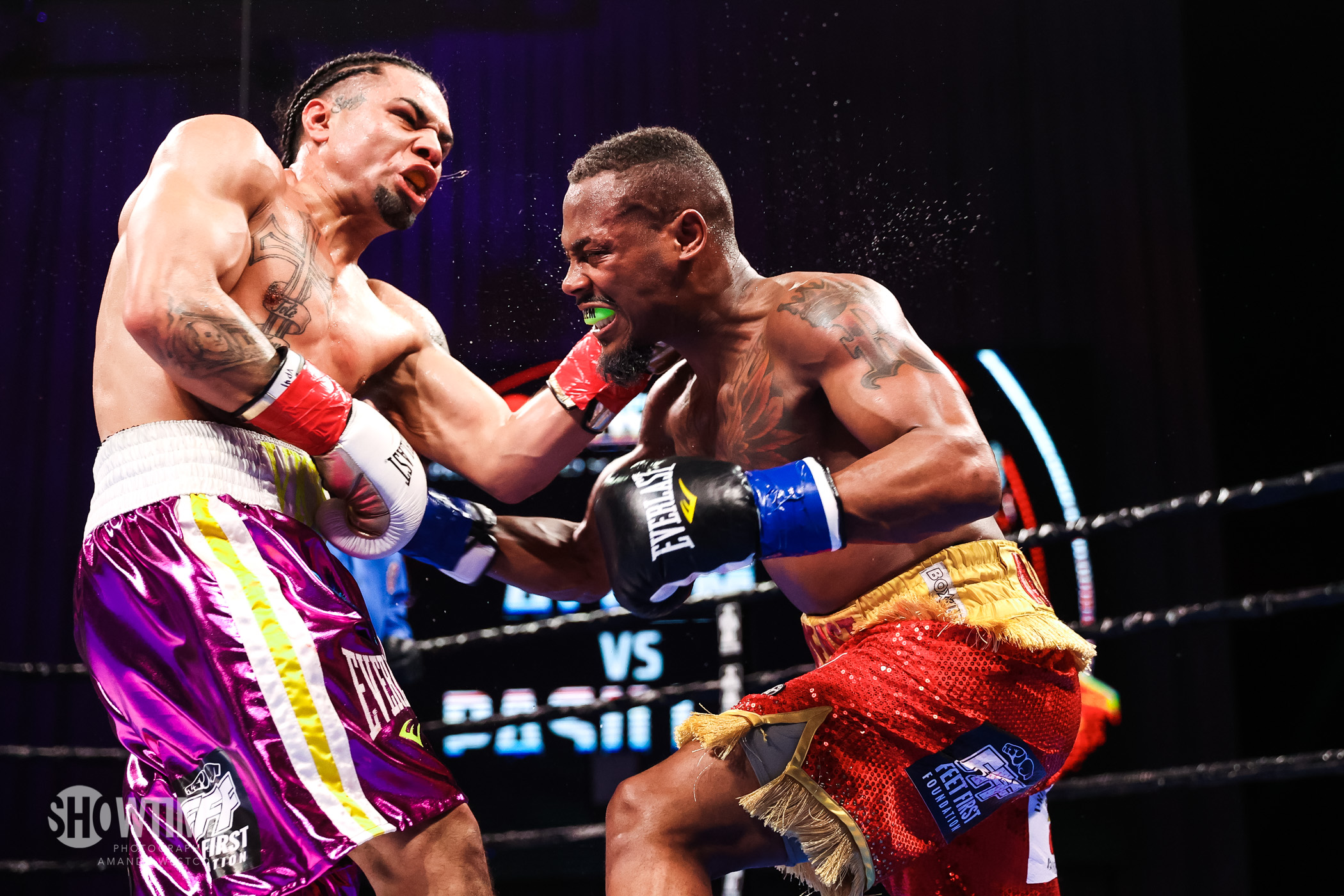 Muskegon native Ra’eese Aleem (18-0, 12 KOs) handed Victor Pasillas (15-1, 8 KOs) his first professional loss with an impressive 11th-round technical knockout. Aleem, 30, entered the fight ranked in the top-10 by the WBA and IBF at 122 pounds and captured the vacant interim WBA world super bantamweight title with his win over Pasillas. It was the seventh straight stoppage victory for the Michigan native, who now lives and trains out of Las Vegas, and hopes to get a world title shot in 2021.

“I feel great. We had a good camp. I was dominant. I wanted to put an exclamation point with this performance. It feels absolutely amazing. It just confirms what I knew in my head, that I have elite power. He’s one of the top fighters in the division so to knock him out, it means I’m a true threat.

“I think a lot of people were sleeping on me and my power. I wasn’t surprised that I stopped him. I didn’t think he’d be able to go the distance with me. I think a lot of the fighters in this division should really be on notice.

“I wanted to knock him out. But I wasn’t necessarily trying to go for the knockout early. I was just seeing the openings and everything came together.

“It doesn’t matter who I fight next. I’m ready to fight any world champion. Whether it’s the winner of Leo-Fulton or if Murodjon Akhmadaliev wants to come out of hiding.

“Any current world champion that’s willing to fight, I’m ready. I’ve got the pen, send the contract. Whether that’s Brandon Figueroa, Akhmadaliev – he has two of the belts and is a tremendous fighter. He hasn’t defended his belts yet. Any one of those fights would be a great fight.

“I’m a diverse fighter. Coming into this fight, I didn’t know what kind of fighter I was facing. But I pride myself in being able to adapt. I’m not one-dimensional: I can brawl, I can box. I just took what he gave me.

“I was able to give him different looks. And being able to explode in those small spaces, I feel I was able to capitalize.

“Early on, I was touching him and he could feel my power. He was grunting when I hit him in the body. So I knew he didn’t want to be aggressive because he could feel it.”

TRIBUNE FULL STORY WILL BE COMING

Muskegon native wins by KO becomes first every World Champion from City added by Tribune on January 23, 2021
View all posts by Tribune →