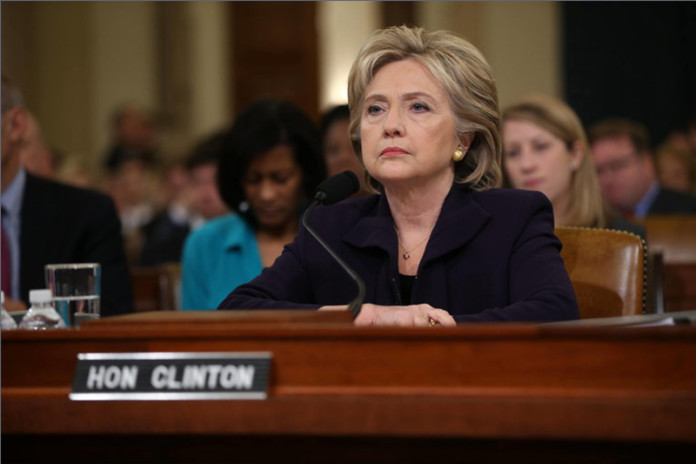 WASHINGTON — Republican leaders asked the Justice Department on Monday to open a criminal investigation into whether Hillary Clinton lied to Congress in testimony last fall about her private email server, opening a new front in their long-running attacks on the presumptive Democratic presidential nominee.

The Republican request, coming five days after the Justice Department closed a yearlong investigation into Clinton’s handling of classified information in the emails, threatens to shadow her through the fall campaign and perhaps even into the White House if she is elected.

In a letter Monday evening, House Republicans asked the Justice Department to determine whether Clinton had “committed perjury and made false statements” during her appearance in October before a special House panel on the 2012 attacks in Benghazi, Libya.

The Justice Department declined to comment on the request, and Clinton’s campaign had no immediate response. Clinton has said she regrets the decision to use a private email server for official communications as secretary of state, but she has defended the truthfulness of her public remarks.

Legal analysts said that while it appeared unlikely the FBI would ultimately find enough evidence to prosecute Clinton on charges of lying to Congress, there might be enough to warrant opening an investigation. That alone could prove damaging to her campaign.

Republicans have seized on a number of contradictions between what Clinton told Congress about her private email server — denying, for example, the existence of any classified material on the server — and what the FBI found in its investigation.

But it would be much more difficult for prosecutors to show that she intended to mislead Congress — a high legal bar — and that she should be criminally prosecuted for it.

During the marathon 11-hour session before the Benghazi committee, Clinton was careful to hedge a number of answers about her email system by saying that she was basing her statements on information from her lawyers.

“There’s not a snowball’s chance in hell that she’d be convicted of anything,” Rusty Hardin, a prominent Texas lawyer, said in a telephone interview. Hardin won an acquittal of baseball pitcher Roger Clemens in 2012 when the Justice Department — acting on a similar referral from Congress — accused him of lying to Congress about his use of steroids.

Hardin said that “somewhere in that 11 hours, there might be something that turned out wasn’t accurate, but she’d have to be certifiably insane to intentionally mislead them when there’s a criminal investigation going on.”