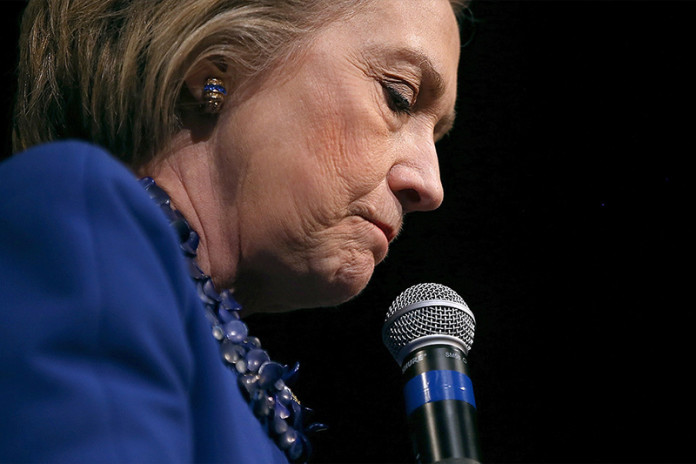 Clinton Rejects FBI Claim That She Was ‘Careless’ With Emails

Hillary Clinton on Friday rejected the FBI’s assertion that she had been “extremely careless” with classified material as secretary of state, offering her first public comments on the matter since the Justice Department closed its inquiry without bringing charges against her this week.

In interviews on CNN and MSNBC, Clinton tried to put the controversy surrounding her use of a private email server to rest, brushing off a rebuke from FBI Director James B. Comey, who had criticized her for being negligent.

Although Comey, in a congressional hearing Thursday, pointed out several contradictions between what Clinton had said publicly about her email use and what she said in sworn testimony, Clinton insisted Friday that she did not intentionally send or receive any classified information through her private account. She also appeared to be spreading the responsibility to her State Department staff.

“I think there are about 300 people in the government, mostly in the State Department, but in other high positions in the government with whom I emailed over the course of four years — they, I believe, did not believe they were sending any material that was classified,” Clinton said on CNN. “They were pursuing their responsibilities. I do not think they were careless.”

She added, “And as I have said many times, I certainly did not believe that I received or sent any material that was classified.”

Clinton, the presumptive Democratic presidential nominee, has been under fire from Republicans this week after Comey announced Tuesday that while she did not violate any laws, she did mismanage classified material. Comey said that there was evidence that Clinton and her team “were extremely careless in their handling of very sensitive, highly classified information.”

Some leading Republicans have argued that Clinton should not be given access to the classified information that presidential nominees usually receive because she could not be trusted with it. Donald Trump, the presumptive Republican nominee, has been hammering her as inept as well.

At the congressional hearing Thursday, Comey also criticized Clinton’s lawyers for their handling of her emails and suggested that they might have deleted classified material without her knowledge. And he said that thousands of Clinton’s work-related emails had not been turned over for review, despite claims that they were.

During her television interviews Friday, Clinton clung to Comey’s remark at the hearing suggesting that some of the emails that she sent or received were not clearly marked as classified.

“Well, I think the director clarified that comment to some extent, pointing out that some of what had been thought to be classified apparently was not,” Clinton said, when asked to acknowledge that she was careless.

Clinton also maintained that there was no reason to believe that her server had been compromised even though Comey said this week that “it is possible that hostile actors gained access to Secretary Clinton’s personal email account.”

On MSNBC on Friday, Clinton said she was confident that such a breach did not occur.

“I think he was speculating,” she said of Comey. “But if you go by the evidence, there is no evidence that the system was breached or hacked successfully. And I think that what’s important here is to follow the evidence.”