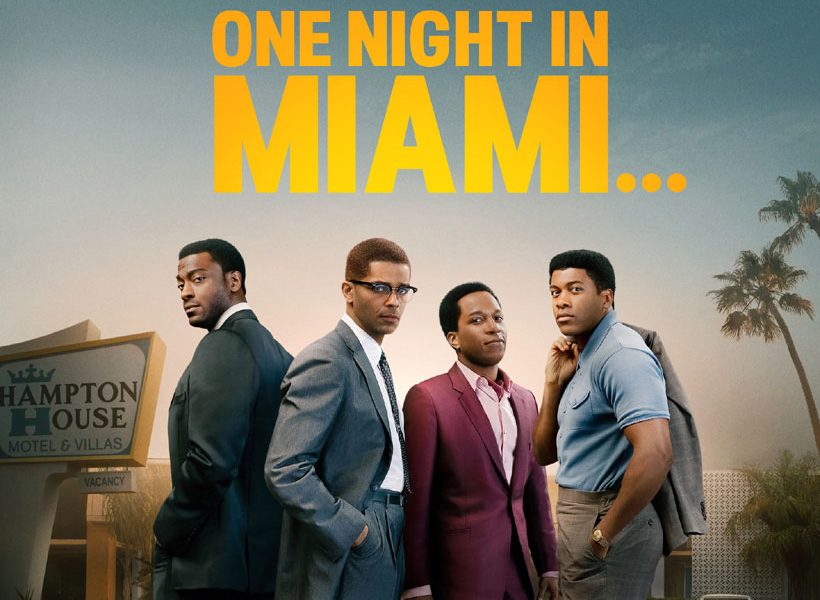 As this sacred narrative we know as Black History unfolds and opens our celebrations of Black History Month, it is ever more important that we know our history and honor it in rightful and righteous ways by the way we live, struggle, and weave and work our way forward in the world. This Black History Month, as usual, we will be presented with various versions of ourselves by the larger society in official ceremonies and especially by the media to absorb and interpret us rather than honor us, and thus to make and remake us in their own image and interest rather than our own. Clearly, this is a month when select movies are played and new movies are released to mark the occasion. But it is not simply a marking of the occasion with concern for profit, but also another opportunity to attempt to define reality and make us agree with and accept it. Thus, if we claim to be woke and want to stay woke, we must come to the viewing and discussion of these and any movies about Black people by setting them in the context in which they were conceived, made and offered to us and in which we watch them.

It is in this context that we realize Hollywood and its corporate owners serve the interests of society in the way it savages and distorts our history and lives and contributes to the White domination, deprivation, and degradation of us in various ways. In this month of the martyrdom and assassination of Min. Malcolm X, El Hajj Malik El Shabazz, it is good to start the month remembering and reflecting on his teachings on the science of image-making, using the movie “One Night in Miami” as a point of departure. In this way, we reaffirm our commitment to ending White nights in Miami and continuing the struggle to achieve Malcolm’s new Black day dawning for which he gave his life.

Surely, the movie, “One Night in Miami,” like the Hollywood and corporate producers and controllers, is a product of a system of thought, emotion, and practice we call White supremacy and racism. And they are, Min. Malcolm tells us, involved seriously in “the science of image-making” which promotes and perpetuates that system. And one of its most consistent aims and results is to deny and deform our history and humanity. Even before the age of computers and the expanded capacity and reach of media, Malcolm warned us of its power and place in the racist system that suppresses us. Indeed, it is building on this understanding that we made the essential Kawaida assertion that one of the greatest powers in society and the world is the capacity to define reality and make others accept it even when it’s to their disadvantage. How else can we explain in rational and relevant ways, Black people claiming enjoyment and clapping to their own degradation?

Malcolm tells us that “We are living in a time when image-making has become a science.” Moreover, he teaches, “Someone can create a certain image and then use that image to twist your mind . . . The power structure uses it at the local level, at the national level, at the international level. And oftentimes when you and I feel we’ve come to a conclusion on our own, the conclusion is something that someone has invented for us through the image he has created.” And “This is how they steal your history . . . your culture (and) your civilization.” Thus, he says, “Never accept images that have been created for you by someone else. Think for yourself.”

Of all the glaring reviews touting the movie, none develops any real points of its so-called power or creativity. It is billed as a love letter to Black men, but it makes one wonder then, what would a hate letter look like? All the men are weak and reduced to lumpen, street life language of “m-fing,” “n-wording,” and infantile wolfing, passionately seeking simply “pus-y and party” and all attacking Malcolm. And make no media-driven mistake, the target and selling point is not Sam Cooke, Jim Brown, or even Muhammad Ali. It is Min. Malcolm that must be depicted as drained of fire and force, of strength and struggle, of thought and word, of discipline and determination, and left despondent, defeated, crying, and crumpled on the bed in a semi-fetal position. He is not depicted as the Fire Prophet, the master teacher, the resolute revolutionary, or the noble witness to the world for his people and his faith as he is. Instead, he is made in the image and interest of the oppressor who could not defeat or deter him in life and now continues the sinister attempt to destroy him after death with a deformed image and puerile portrait.

They will tell you such a deformed depiction humanizes Malcolm. But this is clearly an arrogant, Eurocentric, and unreflective use of the term. It is arrogant because it assumes that Malcolm or any other hero or heroine, great woman or great man is in need of such a dubious redoing and that those who seek to do it are qualified to conceive and construct it. It is Eurocentric in that it mimics and mouths Europe’s claim to civilize and humanize us as if we aren’t already fully human and, as we could argue, are more civilized than the immoral savages who enslaved, colonized, and committed genocide and holocaust against us and the dark peoples of the world. This proposed and misguided concept of humanizing the great and honored is also unreflective, unmindful of the narrow notion of humanity it puts forth. Born in the tired womb of European deconstructionism, it reductively translates critical analysis as fault-finding and exaggerated and fictive flaws as the defining features of one’s humanity, especially the humanity of great Black men and women.

Like their European predecessors, teachers, producers, and funders, these would-be humanizers pretend to save Malcolm and us from the image and evidence of excellence we have of him and by which we define, value, and emulate him.
The White night in Miami was also an impoverished and pathetic depiction of Black women. The first is depicted as a piece of bedroom furniture, who is reduced to lines and laughter about someone smelling panties while Sam Cooke looks on wistfully. Betty Shabazz is wooden and woeful in Hollywood’s cold and calculating hands. She is not given the image and lines of strength, support, endurance, and resistance for which Malcolm praises her. And this seems especially odd in an era in which Black women are being increasingly and rightfully recognized and ascending. The men don’t argue intelligently or cogently over issues, but bring them up to claim they covered them for the woke and socially conscious. Moreover, they, in attacking Malcolm, foreground their own integrationist views and easily discredit the straw man depiction of Malcolm. Moreover, the moviemakers have all the men instructing Malcolm, the master teacher, and put in the other men’s mouths things which with more depth would have been what Malcolm said.

The integration impulse is clear with the positioning of the Whites. A peacock White wrestler is noted to be an inspiration for Ali, not Jack Johnson with what W.E.B DuBois calls “his unforgivable Blackness.” And then there is having Malcolm tell Sam Cooke to listen to and emulate Bob Dylan as if that’s plausible for Malcolm to do, and as if Sam wasn’t already singing social songs. For singing Black love in the midst of White racist hate is radical in itself. Also, Sam had already composed “A Change is Gonna Come” and Dylan had conceded that his “Blown’ in the Wind” referred to, borrowed the words and melody from the Black spiritual, “No Mo’ Auction Block For Me.” As this discussion evolves, Cicely Tyson has made her transition and ascension. May the good she left and the joy she brought last forever. And may the legacy she left of walking and working with a determined dignity and excellence, refusing roles not worthy of her personhood or people, be a model, mirror, and sacred memory to us all, especially the Black moviemakers – in front and behind corporate America’s cameras.