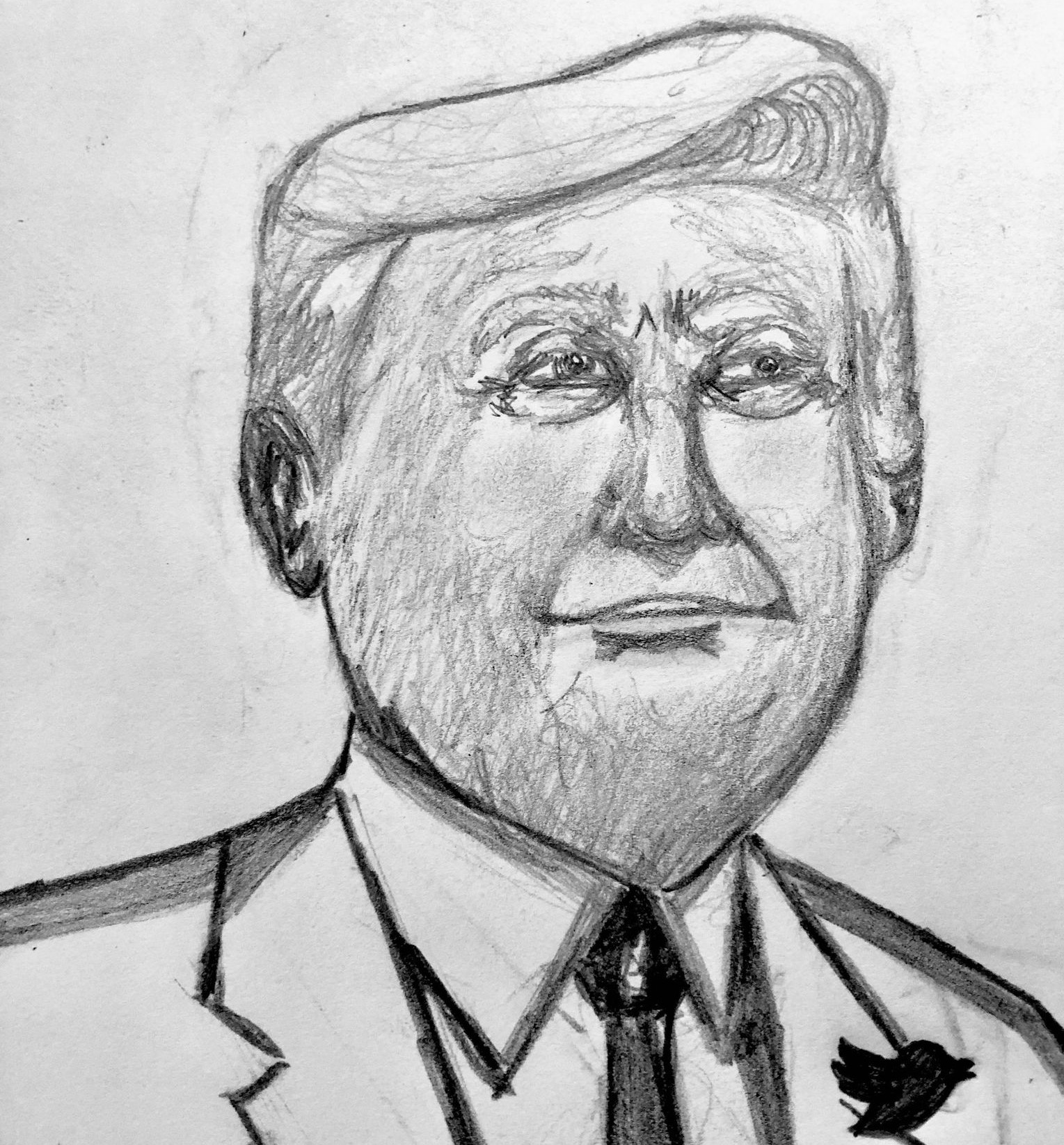 I never learned to swim. Growing up in Muskegon and its surrounding areas, propelling through water is basically a lakeshore birthright!

When I was younger, I took swim lessons at the local YFCA, and I even attended a class in high school.

Today I sink like an anvil. Not the results wanted.

I will, however, test the treacherous waters of backlash on social media. I did this recently by posting that I wanted to interview President Donald Trump.

Some people responded to the post with laughter. Others contacted me privately to either express their displeasure for Trump or their support of his near 4-year tenure and possible second term.

Most of these responses were accompanied by questions they thought I should ask him. I honestly laughed at some of their suggestions similarly to how my interview post became an inexplicable punchline.

When I shared it, I knew I had no chance of getting a one-on-one on-the-record conversation with our 45th Commander-In-Chief.

Besides, I’ve seen how Trump has treated members of the media during his presidency. He’s not always respectful, polite, or cordial.

Then I heard he was coming to Muskegon for a campaign rally.

I allowed myself, just briefly, to imagine I’d get an opportunity to speak with President Trump. When I made the post about wanting to interview him, I’d actually thought of some questions. The ones I came up with were related to current social and racial issues.

And here I was thinking of more. But I wasn’t going to stop there.

I strongly considered throwing live bait into those treacherous social media waters once more, only this time requesting the likely types of questions I got from followers voluntarily.

During this election year I’ve experienced some heated, alarming online discussions between Trump supporters and detractors. The subject matter is often social and racial with back-and-forth comments ranging from vehemently impolite to scathing disrespect.

A got an inexplicable lesson on this behavior on someone else’s timeline. The discussion was Trump’s announced rally in Muskegon. It quickly sank low. Those were not the results I wanted.

As far as me getting an opportunity to interview President Donald Trump, why should I hold my breath?

Editorial: Aquaboogie added by Guest1 on October 19, 2020
View all posts by Guest1 →