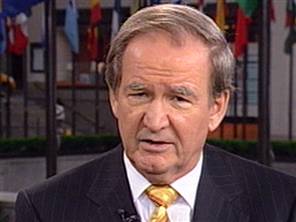 Beginning his joint press conference with Vladimir Putin, President Trump declared that U.S. relations with Russia have “never been worse.”

He then added pointedly, that just changed “about four hours ago.”

It certainly did. With his remarks in Helsinki and at the NATO summit in Brussels, Trump has signaled a historic shift in U.S. foreign policy that may determine the future of this nation and the fate of his presidency.

He has rejected the fundamental premises of American foreign policy since the end of the Cold War and blamed our wretched relations with Russia, not on Vladimir Putin, but squarely on the U.S. establishment.

In a tweet prior to the meeting, Trump indicted the elites of both parties: “Our relationship with Russia has NEVER been worse thanks to many years of U.S. foolishness and stupidity and now, the Rigged Witch Hunt!”

Trump thereby repudiated the records and agendas of the neocons and their liberal interventionist allies, as well as the archipelago of War Party think tanks beavering away inside the Beltway.

Looking back over the week, from Brussels to Britain to Helsinki, Trump’s message has been clear, consistent and startling.

NATO is obsolete. European allies have freeloaded off U.S. defense while rolling up huge trade surpluses at our expense. Those days are over. Europeans are going to stop stealing our markets and start paying for their own defense.

And there will be no Cold War II.

We are not going to let Putin’s annexation of Crimea or aid to pro-Russian rebels in Ukraine prevent us from working on a rapprochement and a partnership with him, Trump is saying. We are going to negotiate arms treaties and talk out our differences as Ronald Reagan did with Mikhail Gorbachev.

Helsinki showed that Trump meant what he said when he declared repeatedly, “Peace with Russia is a good thing, not a bad thing.”

On Syria, Trump indicated that he and Putin are working with Bibi Netanyahu, who wants all Iranian forces and Iran-backed militias kept far from the Golan Heights. As for U.S. troops in Syria, says Trump, they will be coming out after ISIS is crushed, and we are 98 percent there.

That is another underlying message here: America is coming home from foreign wars and will be shedding foreign commitments.

Both before and after the Trump-Putin meeting, the cable news coverage was as hostile and hateful toward the president as any this writer has ever seen. The media may not be the “enemy of the people” Trump says they are, but many are implacable enemies of this president.

Some wanted Trump to emulate Nikita Khrushchev, who blew up the Paris summit in May 1960 over a failed U.S. intelligence operation — the U-2 spy plane shot down over the Urals just weeks earlier.

Khrushchev had demanded that Ike apologize. Ike refused, and Khrushchev exploded. Some media seemed to be hoping for just such a confrontation.

When Trump spoke of the “foolishness and stupidity” of the U.S. foreign policy establishment that contributed to this era of animosity in U.S.-Russia relations, what might he have had in mind?

Was it the U.S. provocatively moving NATO into Russia’s front yard after the collapse of the USSR?

Was it the U.S. invasion of Iraq to strip Saddam Hussein of weapons of mass destruction he did not have that plunged us into endless wars of the Middle East?

Was it U.S. support of Syrian rebels determined to oust Bashar Assad, leading to ISIS intervention and a seven-year civil war with half a million dead, a war which Putin eventually entered to save his Syrian ally?

Was it George W. Bush’s abrogation of Richard Nixon’s ABM treaty and drive for a missile defense that caused Putin to break out of the Reagan INF treaty and start deploying cruise missiles to counter it?

Was it U.S. complicity in the Kiev coup that ousted the elected pro-Russian regime that caused Putin to seize Crimea to hold onto Russia’s Black Sea naval base at Sevastopol?

Many Putin actions we condemn were reactions to what we did.

Russia annexed Crimea bloodlessly. But did not the U.S. bomb Serbia for 78 days to force Belgrade to surrender her cradle province of Kosovo?

How was that more moral than what Putin did in Crimea?

If Russian military intelligence hacked into the emails of the DNC, exposing how they stuck it to Bernie Sanders, Trump says he did not collude in it. Is there, after two years, any proof that he did?

Trump insists Russian meddling had no effect on the outcome in 2016 and he is not going to allow media obsession with Russiagate to interfere with establishing better relations.

Former CIA Director John Brennan rages that, “Donald Trump’s press conference performance in Helsinki … was … treasonous. … He is wholly in the pocket of Putin. Republican Patriots: Where are you???”

Well, as Patrick Henry said long ago, “If this be treason, make the most of it!”

Patrick J. Buchanan is the author of a new book, “Nixon’s White House Wars: The Battles That Made and Broke a President and Divided America Forever.” To find out more about Patrick Buchanan and read features by other Creators writers and cartoonists, visit the Creators website at www.creators.com. 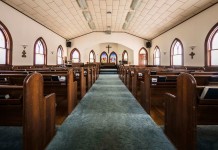