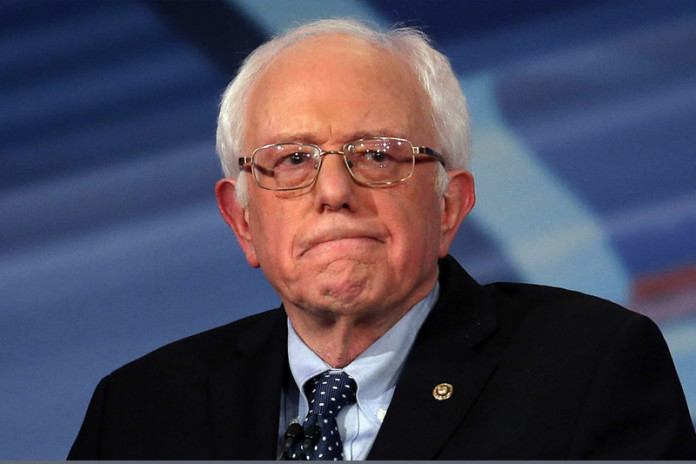 Supporters of Sanders Sad and Disappointed at Endorsement

Sen. Bernie Sanders offered a full-throated endorsement of Hillary Clinton on Tuesday, urging his supporters to get behind the presumptive Democratic presidential nominee. But many of his most loyal followers are not feeling it just yet.

Disappointment in Sanders cascaded across the internet as he embraced his former rival, describing her as a comrade in the fight to overhaul a rigged campaign finance system and lift the poor out of poverty. The sadness was most evident on the Facebook page where the Vermont senator explained his decision in a message titled “Forever forward” that drew responses infused with a skeptical refrain: Never Hillary.

“You broke my heart and betrayed the left Senator Sanders,” wrote Cesar Agusto Diaz, a Sanders supporter from New York.

Daniel Whitfield, of Discovery Bay, California, insisted that the political revolution Sanders had championed did not have to end just because the senator had given up. However, he said voting for Clinton was not an option.

“Intelligent Bernie supporters will NEVER support her because she stands for everything were fighting against,” he said. “Just because Bernie has left our movement does not mean it is over.”

Some of the lesser-known candidates running for president sought to capitalize on the moment.

Jill Stein, the Green Party’s presidential nominee, sent out a barrage of Twitter posts as Sanders made his endorsement arguing that Clinton’s policies were antithetical to a liberal progressive agenda.

And Gary Johnson, the Libertarian Party’s nominee, made his own pitch to supporters of Sanders who are not sold on Clinton.

For those who believed that Sanders still had a chance to snatch the nomination at the convention in Philadelphia, it was too soon after his endorsement to consider alternatives. It would take time for the mix of anger and disbelief to subside.

“You chose her over us,” Jessica Watrous Boyer, of Westerly, Rhode Island, wrote on Sanders’ Facebook page, lamenting that he had broken his promise to take the fight to the convention. “Truly shocked and saddened by this.”