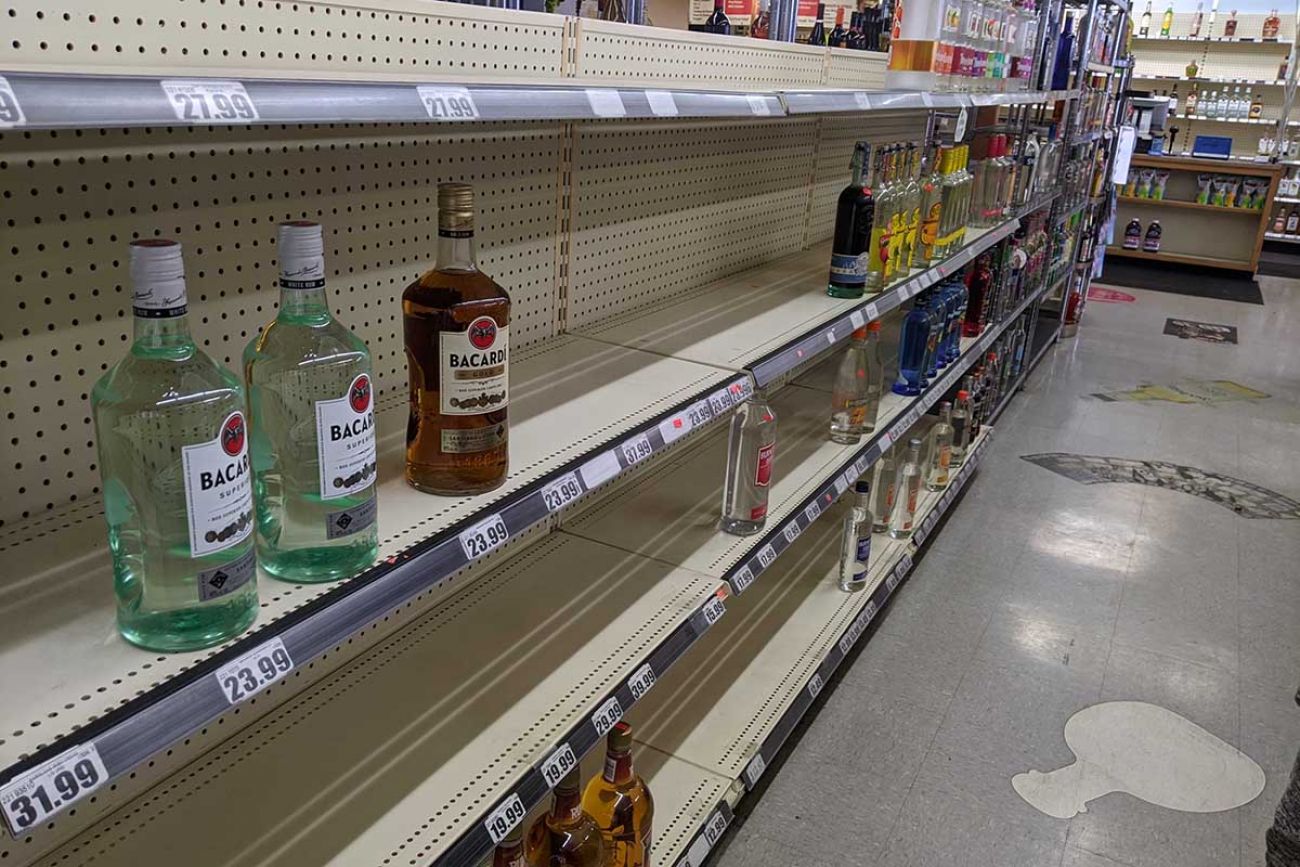 In a year in which little was normal and stress was plentiful, alcohol may have offered solace from thousands of illnesses, more than 15,400 statewide deaths and restrictions that forced millions to work from home for much of the year.

“It was a natural reaction to a really bad year,” said the Rev. Bill Amundsen, treasurer of the Michigan Council on Alcohol Problems, an organization that has fought the expansion of alcohol sales and which advocates for more money for prevention and treatment programs.

The trend in Michigan mirrors a nationwide trend — researchers have found that men drank 14 percent more frequently during the early days of the pandemic and women 17 percent.

The uptick comes despite Gov. Gretchen Whitmer’s closure of bars and restaurants for more than three months to stop the spread of the virus.

Grocers and liquor stores more than made up for the closures, racking up huge increases in sales, as residents confronted an invisible danger that turned lives upside down, closing schools, work and religious services.

Records from the Michigan Liquor Control Commission show that some Costco, Meijer and liquor stores had sales increases of 50 percent to nearly 70 percent from 2019 to 2020.

The highest-volume store in the state, the Costco in Brighton just off U.S. 23 and Interstate 96, had liquor sales climb 67 percent.

“Overall it’s been a great experience,” said Nate Adams, manager of Flick’s, a liquor store in southern Monroe County. “From Day 1 we never got to slow down.”

State records show Flick’s had sales jump 32 percent in 2020, with an average bump of over $8,000 in weekly sales for the relatively small store. Adams said they hired more people and gave existing workers more hours.

“It created more jobs for people,” he said

Nearby bars and restaurants suffered. Five restaurants and bars near Flick’s had sales drop by 38 percent. Adams said he’s encouraging his workers to patronize those restaurants as a way to help.

“I’m really hoping things get better for them,” he said. “We all have to survive as businesses.”

The increase in sales was not uniform. Some counties had sales jump by 30 percent or more, including Presque Isle (48.2 percent), Missaukee (38.7 percent), Montmorency (30.3 percent) and Saginaw (30.1 percent).

Though Amundsen said he understands that some turned to alcohol in reaction to the coronavirus stress, he said he is worried that the increase in drinking will continue and become a problem for those who seek the relief it offers.

“It’s not a surprise but it means we have to be more deliberate about the public policy with alcohol,” he said.

Instead, the biggest increases came from spirits, though the Michigan Liquor Control Commission does not have 2020 sales by volume available.

“Spirits outgained wine and beer by quite a margin,” said Kevin Wood, a member of the Michigan Spirits Association board who directs sales in 17 states for distiller William Grant & Sons.

He said spirits had seen big gains in recent years, largely in bars and restaurants, and that translated to a big jump in sales in 2020 as people “missed their mixed drinks and became home bartenders.”

Liquor also lasts longer than beer, Woods and others said, and may have been a hedge to reduce trips during the pandemic. Tequila saw one of the biggest jumps in sales, he said.

“Margaritas were massive this year,” said Adams of Flick’s in Monroe County.

Certain items became so popular, like tequila, that there was a shortage of some spirits, he said.

Adams said sales have decreased some since the holidays. But he said they are still up over previous, pre-pandemic years. And he said he understands why.

“You have all these people stuck at home with their kids,” Adams said. “What do most people do? They want to sit down and have a drink.”

Stuck at home, Michigan turns to alcohol amid COVID: Sales jump 20 percent added by Tribune on February 26, 2021
View all posts by Tribune →