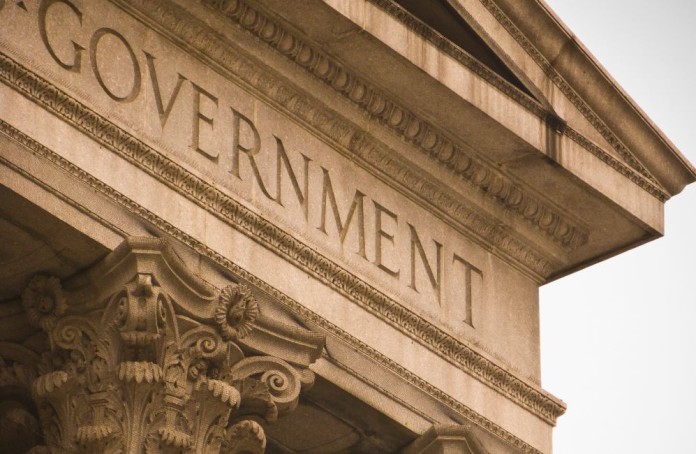 It may be hard to remember, but Americans once appreciated the government that serves them. That’s long gone.

Over the past six years, according to the Pew Research Center, four out of every five — or more — have said the government makes them feel either angry or frustrated. In March, the ranks of the incensed included 78 percent of Bernie Sanders’ supporters and a whopping 98 percent of those backing Donald Trump.

Some of this is caused by irreversible forces. The days when white men kept an uncontested hold on political power, when young adults without a college degree could easily find a well-paid job, are not coming back.

Yet it’s not as if nothing can be done. These frustrated Americans may not fully realize it, under the influence of decades worth of sermons about government’s ultimate incompetence and venality. But there’s a strong case for more government — not less — as the most promising way to improve the nation’s standard of living.

“A national instinct that small government is always better than large government is grounded not in facts but rather in ideology and politics,” they write. The evidence throughout the history of modern capitalism, “shows that more government can lead to greater security, enhanced opportunity and a fairer sharing of national wealth.”

The scholars laid out four important tasks: improving the economy’s productivity, bolstering workers’ economic security, investing in education to close the opportunity deficit of low-income families and ensuring that Middle America reaps a larger share of the spoils of growth.

Their strategy includes more investment in the nation’s buckling infrastructure and expanding unemployment and health insurance. It calls for paid sick leave, parental leave and wage insurance for workers who suffer a pay cut when changing jobs. And they argue for more resources for poor families with children and universal early childhood education.

This agenda won’t come cheap. They propose raising government spending by 10 percentage points of the nation’s gross domestic product ($1.8 trillion in today’s dollars), to bring it to some 48 percent of GDP by 2065.

That might sound like a lot of money. But it is roughly where Germany, Norway and Britain are today. And it is well below government spending in countries like France, Sweden and Denmark.

This agenda, of course, is more popular among liberals than conservatives. Economists on the right insist that higher taxes and bigger governments reduce incentives to work and invest, harming economic growth. In one study, Nobel laureate Edward Prescott argued the higher taxes needed to fund a bigger government discouraged Europeans from working.

The conservative argument is hardly watertight, though. Another analysis found the decline in working hours in Europe was mostly because of tight labor market regulations, not taxes. Yet another suggests Europeans value free time more. Americans took the fruits of their rising productivity in money. Europeans took it in free time.

Here are some other things Europeans got from their trade-off: lower poverty rates, lower income inequality, longer life spans, lower infant mortality rates, lower teenage pregnancy rates and lower rates of preventable death. And the coolest part, according to Lindert — one of the authors of the case for big government — is that they achieved this “without any clear loss in GDP.”

Even assuming that higher taxes might distort incentives, the authors concluded, negative effects are offset by positive effects that flow from productive government investments in things like health, education, infrastructure and support for mothers to join the labor force.

Europe’s reliance on consumption taxes — which are easier to collect and have fewer negative incentives on work — allowed them to collect more money without generating the kind of economic drag of the U.S. tax structure, which relies more on income taxes.

Americans have long been more suspicious of a big, centralized government than Europeans, of course. But in recent decades, the nation’s difficult racial divide has played a crucial role in checking the growth of public services. It is much easier to build support for the welfare state when taxpayers identify with beneficiaries. In multifarious America, race and other ethnic barriers stood in the way.

The U.S. government pretty much stopped growing when the civil rights movement forced whites to share public space with blacks. Tax revenue as a share of the nation’s economic output hit a peak in 1969 that it would not attain again until 1996, according to the Organization for Economic Cooperation and Development.

But for all the racial subtext to the election this year, times seem to be changing in unexpected ways.

No, Hillary Clinton has not suddenly become a radical. And Trump’s grab bag of economic proposals is too self-contradictory to provide a sense of where he would land.

Yet the popular dissatisfaction that has brought us to this pass, across one of the most unusual presidential primary seasons in memory, could open new space to rethink the role of government in society.

Trump’s supporters may not champion welfare. But they mistrust it less than your orthodox Republican. More of his supporters think the government should do more to help U.S. families. More think corporate profits are too large. More think the economy is rigged to help the powerful. Fewer want to cut Social Security.

This does not mean of course, that Big Government will get its day. For starters, small government Republican orthodoxy is likely to prevail in the House for years to come.

Still, a sense of opportunity is in the air. In “Wealth and Welfare States,” published during the depths of the Great Recession, Irwin Garfinkel of Columbia University, Lee Rainwater of Harvard and Timothy Smeeding of the University of Wisconsin, Madison, suggested the United States was ultimately likely to fall into line with the rest of the advanced industrial world — for the simple reason that they all face similar challenges.

“Long-term common problems and trends in rich nations are the fundamental driving forces in the development of welfare state institutions,” they concluded. The U.S. swing to the right since the 1970s might have moved it in the opposite direction for a while, but “all rich nations have large welfare states.”