Pennsylvania, Michigan and Wisconsin still hold the keys to 2020 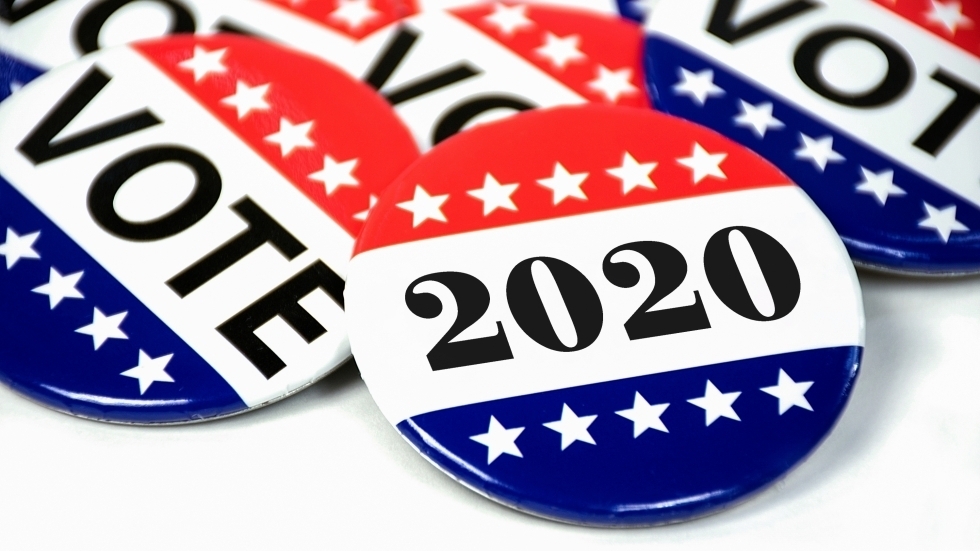 WASHINGTON – Barely a week out from Election Day, the electoral map is a sprawling landscape, larger than predicted as the campaigns took shape a year ago. But if things are close in the end, the election is still likely to be decided by the trio of northern industrial states that broke the back of Hillary Clinton’s presidential campaign in 2016.

On Friday, President Donald Trump’s team announced a rally schedule for early next week and it was a telling indicator. The president will stop in both central and southwestern Pennsylvania, in western Wisconsin and in Michigan, where he will campaign in Lansing, the state capital.

In these final days, the president and former vice president Joe Biden will be going to other places in what is likely to be a frenetic close to the 2020 campaign. But these three states will remain the focal point for the candidates. It has been that way from the very beginning of this election cycle.

Biden currently has more potential paths to the necessary 270 electoral votes than does the president, with opportunities to carry any of several states won by the president four years ago: He is competitive in Florida, North Carolina and Arizona. He is challenging Trump in Ohio, Iowa and Georgia. Even Texas has been surprisingly competitive, or at least was before Biden garbled his climate plan at Thursday’s debate by suggesting he was ready to eliminate the oil industry.

So Biden and his advisers can find multiple options to assemble 270 electoral votes. And given the current state of play, a surge of Democratic votes across all those battlegrounds could produce an electoral landslide for the former vice president. But as Biden’s team calculates the odds, the most logical strategy for securing victory still runs through Pennsylvania, Michigan and Wisconsin. Everything else will be gravy.

Trump has fewer paths to victory – perhaps just one, which is the same one that got him to the White House four years ago. At this point, it’s questionable whether he can pick off a state that Clinton won in 2016. That means going through Pennsylvania, Michigan and Wisconsin becomes his only viable route to 270 – and that presumes he holds everything else. His advantage, though, is that if he doesn’t lose any of the other states he won four years ago, he would need only one of the three (and also wins in Maine’s Second Congressional District and all three congressional districts in Nebraska). Biden would need all three if the rest of the map stays as it was in 2016.

Neither camp is prepared to concede anything today. Trump is still looking to win over New Hampshire and Minnesota and Nevada, states that went to Clinton in 2016, though the odds don’t look good for him. Biden has been holding his own in Florida, but that state slipped away from Clinton at the last minute four years ago. Biden should get a boost in Arizona from the strong campaign being run by former astronaut Mark Kelly, who has a lead over Republican Sen. Martha McSally. North Carolina is the closest of the three states Biden hopes to pick up, but its hardly a state his campaign can count on yet. Some Democrats think Georgia is a better bet for Biden. That’s why the northern route currently looks more attractive.

In most of the recent elections, Pennsylvania, Michigan and Wisconsin ended up close to the national vote percentages – and for Democrats usually a bit above the national numbers because all three were part of the Democrats’ blue wall of states that were voting consistently for their nominees. In 2016, all three slipped below Clinton’s national percentage and she fell short in all of them by a total of about 77,000 votes.

Averages of public polls nationally give Biden a lead over Trump of about 10 points. But some Democrats are skeptical of those numbers, believing they may overstate college-educated White voters. They believe the national margin is closer to seven or eight points. But that still means Pennsylvania, Michigan and Wisconsin currently favor Biden by about that same margins, and that’s what public and private polls are showing.

The early vote in the three states looks promising for the Democrats, with some caveats. For example, in Wisconsin, more than a million absentee ballots have been returned and they appear to favor Biden by a solid margin. But of the roughly 200,000 votes cast early and in person, Democrats appear to have a narrow advantage, according to Democratic analysis.

In Wisconsin, there are clear signs of Democratic enthusiasm to vote. In heavily Democratic Dane County, home to the capital of Madison, nearly 70 percent of those who requested ballots have already turned them in. Two years ago, Dane County produced a 150,000-vote margin for Democratic Gov. Tony Evers in what turned out to be a one-point victory over incumbent Scott Walker.

In Michigan, Democrats feel slightly better about things than they did four years ago at this time, but they still have concerns. One is turnout in Detroit, where Clinton fell short of what she needed against Trump. Another is whether suburban women, who are expected to vote heavily in favor of Biden, will turn out in numbers needed.

For Democrats, Pennsylvania is often regarded as the tipping-point state, meaning the state that most likely to put Biden over the 270-vote threshold for an electoral college majority. For Trump, winning Pennsylvania and its 20 electoral votes would secure his victory, even if he were to lose Wisconsin and Michigan, assuming he holds the rest of his 2016 states.

What Democrats are seeing so far is that Biden is banking a considerable number of votes among those who didn’t vote in 2016. If those patterns hold, Trump would need a significant majority of those who wait until Election Day to cast their ballots: The president is counting on the enthusiasm of his supporters to overcome the early vote pattern.

Biden strategists have long believed that western Pennsylvania could hold the key to the entire election, and they have paid attention. Whether what Biden said about the oil industry on Thursday night will cost him support in that region, where fracking is most prevalent, is a final-days question.

The other thing that lumps the three states together is that they won’t start counting mail ballots until the end of the campaign. Michigan will begin processing a day earlier, but in general all these mail ballots will be tabulated slowly. If the outcome of the presidential race is in doubt late on the night of the election, and the margins are close, it will be days before it’s clear who won.

Pennsylvania, Michigan and Wisconsin still hold the keys to 2020 added by Tribune on October 25, 2020
View all posts by Tribune →