“The Beast” will put his 16-0 record on the line versus previous opponent Marcus Bates (11-1), a challenger he toppled by unanimous decision in 2018. The fights begin at 9PM.

Ranked #13, Aleem was originally scheduled to face unbeaten Tramaine Williams (19-0) as part of a triple-header at Mohegan Sun Arena in Uncasville, CT.

Fellow featured fighter Stephen Fulton and members of his team tested positive for COVID-19. This caused the night’s matchups to be shuffled.

The winner of the Aleem-Williams bout would have challenged for the world championship. The title picture is now unclear.

In a recent interview with MuskegonTribune.com, Aleem stated his ultimate goal is “to be the first world champion from Muskegon”.

“I keep saying this, but I want to prove that I am the best super bantamweight in the division,” Aleem stated. “I am constantly trying to fight the best opponents because I want to be a legend in the sport of boxing.”

With an amateur record of 65-10, the 29-year-old Aleem turned pro in 2011. He knocked out Adam Lopez on February 14, 2020, an exciting bout televised by Showtime. “The Beast” told the Tribune that was the best win of his career.

“I’m an aggressive boxer,” Aleem stated. “I’m good on my feet and I don’t get hit a lot. I give a lot of action in my fights. I like to be diverse in the ring. I can fight either right-handed or left-handed. I’m able to brawl or box equally and adapt to whatever the situation is. 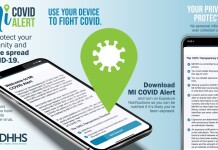