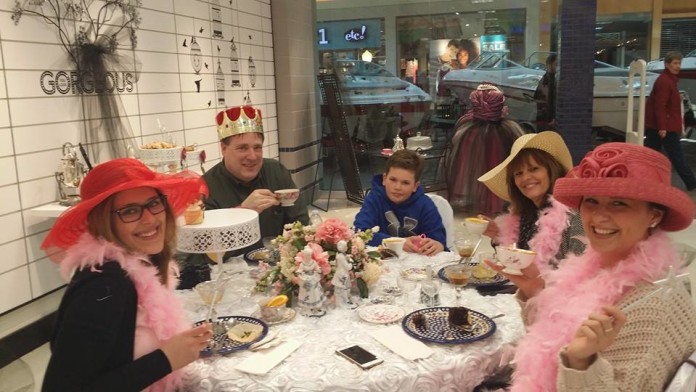 When she’s not busy baking or hosting tea parties, Bertha Williams lingers near the front of her store in The Lakes Mall saying hello to passersby and inviting them in to taste the world’s best cupcake.

“That one is called ‘My Sin,’” she says to two women eyeing the delectable chocolate cupcakes topped with a cherry and pecan in her window-front case. “You know why, baby? Because you have to repent after you eat it.”

Williams moved Always Sonny Cupcakes & Tea Shop to the mall, debuting the larger store in March, after about a year in a storefront on Third Street in downtown Muskegon. She has been pleased with the response from mall shoppers and other regular customers and hopes the location will boost visibility for her business.

The new spot next to Motherhood Maternity and across from Rue 21 can accommodate larger tea parties, features more princess-themed play areas and space for customers to rest with a cup of tea and a cupcake.

Her warm, friendly, grandmotherly nature is perfect for a business focused on entertaining and hosting tea parties for the princesses of Muskegon.

“I love what I do,” she says. “Why I love a tea party is because you take time out for yourself. It’s a getaway without getting away. And it reminds you of the lady that you really are.”

Beyond parties, each day the in-store cupcake selection changes, enticing new and old customers to indulge.

It seems she’s right, as a steady stream of people stop to buy a cupcake – or six, within an hour. Mall employees can’t resist, either.

“I don’t know what she puts in them, but they are so good,” says Krystal Rivera, who works at Victoria’s Secret and Francesca’s and says they are a popular treat. “It’s hard to eat just one.”

Williams, 60, says she’s more of a cook than a baker, both skills she learned from her mother, and still dreams of opening a restaurant. But it seems she has perfected the art of the cupcake using frosting recipes from her mother, Minnie Moore, who worked as a nutritional aide for Michigan State University’s extension program and taught homemakers how to follow recipes and plan meals.

Her mother sent all of her daughters to charm school even though she couldn’t afford it, Williams says. It’s where she learned etiquette and how to sit, walk, talk and use proper table settings, among other things.

“She introduced us to a whole different world,” she says. “She had a gift for hospitality and was an excellent cook. She instilled the idea that people eat with their eyes first. If it doesn’t look good, no one will try it.”

The idea for her business was born out of a series of events, including years of collecting teapots, china, frilly dresses and costumes, and other trinkets that now decorate her pink-themed store.

“Prior to everything, I’m a collector of things and I started buying dishes and teapots,” she says.

“I didn’t have a clue what I was going to do with them, but I just thought they were so pretty.”

While working as a skincare consultant, she went to lunch one day looking for something sweet.

“There was no place that had cookies or cupcakes or anything sweet,” she says. “I told my husband and he said ‘You ought to do it,’ and I thought ‘wow, maybe I could do that.’”

So she dove into entrepreneurship in 2012 and started selling cupcakes from a kiosk near the carousel in the Grandville mall. The location worked for a while, but Williams tired of the drive and stayed busy with requests for cupcakes and wedding cakes closer to home.

Word quickly spread, especially after a booth at Muskegon Farmers Market and a Best Booth award at the 2015 Taste of Muskegon.

“It got out of control,” she says of the Farmers Market booth. “I sold out every time I went.”

Then she took two of her granddaughters to a tea party at the Muskegon Museum of Art and the real spirit of the business blossomed — hosting tea parties for princesses of all ages and going out of the way to make them feel fancy and special.

“When they left that party, Kyndall was in tears and said ‘Oh grandmother, I love tea parties, everybody should have a tea party,’” she says. “The only reason I’m sitting in this chair is I had a granddaughter who loves tea parties.”

Inspired by Kyndall and her 36 other grandchildren and great-grandchildren, Williams decided to open a permanent store pairing cupcakes and parties in fall of 2014. She named the business in honor of her deceased brother, Sonny, and transformed a storefront on Third Street into a quaint shop complete with several tea party tables, comfy couches and a dress-up area titled “Kyndall’s Corner.”

Her mall space features similar décor, dress-up and play areas and more space for lounging. There’s also an emphasis on words and faith, with empowering sayings like “Live free,” “Love with no limits,” “Not all who wander are lost,” “Love will always find a way,” “It doesn’t get any better than this,” “Free to be me,” and “You look gorgeous” posted all over the walls.

Her husband, Harold, helps out with deliveries or mans the store while she bakes or prepares for a party. He’s even been known to play the role of Prince Charming and other characters.

“She’s always been some type of entrepreneur, and this one here, I told her to go ahead and pursue it,” he says. “It’s a ministry as well. She likes meeting people and it gets her out of the house and involved in the community.”

The tea party side of the business is going strong with reservations out a couple of months. Williams books private tea parties for up to 30 people, and all ages, for a $50 reservation fee and $10 per person. The tea party package includes scones/cookies, soup, salad, seasonal fruit, cupcakes, chips and homemade peach tea served warm.

“It tastes like you’re drinking a peach,” she says. “It’s off the chain. And we only serve with silver, crystal or china. There are no paper products.”

Williams helps celebrate birthday parties, baby showers, bridal showers, mommy and me outings and even offers a Hats, Pearls and Gloves party for mature women and groups of friends. Add-ons like costumed characters, karaoke, and special packages are available. She also includes a short etiquette lesson and says tea parties give girls the chance to dress their best and be on their best behavior.

“It treats the princesses of the community like they are princesses,” she says.

She also caters, “delivering happiness to your neighborhood,” in her highly visible pink Volkswagen bug. Her desserts include cupcakes, wedding and birthday cakes, peach cobbler, pecan pie and special orders for weddings, graduations, anniversaries and other celebrations. 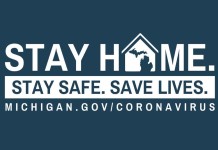 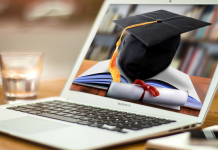