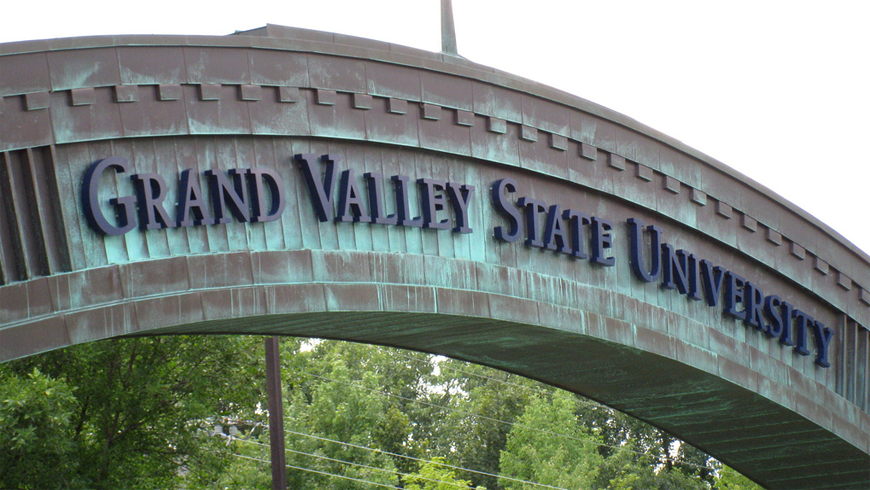 The Grand Valley Pledge offers four years of tuition-free college for students in families earning under $50,000 a year who reside in Kent, Ottawa, Calhoun, Muskegon, Grand Traverse and Wayne counties.

GVSU’s 23,000-student west Michigan main campus, in Allendale, is in Ottawa County, and the public university has some kind of presence in the other five counties.

Those counties account for about 40 percent of Grand Valley students, with 47 percent of homes in those counties having household income under the $50,000 threshold for the tuition assistance.

While limited in geography and income level, the Grand Valley Pledge represents another step in escalating efforts to make college more affordable in Michigan.

B. Donta Truss, vice president for enrollment development and educational outreach at Grand Valley, said the university hopes to increase the number of low-income students who enroll by making the school more affordable.

Low-income students qualify for financial aid from federal Pell grants, which cover up to $6,195 a year in college costs for students in families with adjusted gross incomes of $26,000 or less. Students earning up to $60,000 qualify for smaller Pell grants.

The Grand Valley Pledge will guarantee that the school’s in-state tuition of roughly $13,500 will be completely covered for low-income students.

Truss said the school isn’t sure how much the program, which begins in the fall semester of 2021, will cost the university. So far, about 300 students who have applied for admission for the fall semester would qualify for the aid.

“This is a great start to eliminating equity gaps (in enrollment) at GVSU,” Truss said. “By removing financial barriers to college, deserving students can enroll and be ready to start their path to a degree,” Truss said.

The program covers only tuition and class fees, not all college costs. For example, Grand Valley’s website estimates total annual costs for in-state students living on campus to be more than $26,000, with tuition and fees accounting for about half of that.

Net cost is the out-of-pocket price students pay for a year of college after all federal, state and institutional aid.

The Grand Valley Pledge won’t eliminate all those costs, but could shave a few thousand dollars off the price tag.

“Our students from low-income families still have (financial) gaps,” Truss said. “This will help cover those gaps.”

In both instances, most students eligible under the guidelines were likely already eligible to attend tuition-free even before the programs were kicked off, through federal, state and institutional aid. Still, adding the word “free” to the schools’ campaigns enticed more low-income students to apply and enroll – a win for the universities, students, and a state that has a lower percentage of adults with college degrees than the national average.

That matters because more education typically means higher salaries. Nationally, high school grads earned, on average, $38,792 in 2019, compared to $46,124 for those with an associate’s degree and $64,896 for those with a bachelor’s degree, according to data from the U.S Bureau of Labor Statistics.

Whitmer has set a goal of having 60 percent of working-age adults with a college degree or certificate by 2030. Currently, the figure is 49 percent.

The Grand Valley Pledge free tuition program is limited to: