The United States was founded on freedom; the belief that man should live free. We the people are not subjects or the property of the state. A system of government, of the people, by the people and for the people was created by our founding fathers. The law would no longer be controlled by a head of state. The law would be created by the elected representatives of the American citizens and applied equally among all.

The beauty of this new system of government continued with the division of powers. The legislative branch would make the laws. The judicial branch would interpret the laws and determine their constitutionality, if challenged, and the executive branch would enforce the laws created by the people through elected representation, not one individual.

Each branch would operate within its boundaries as established by the law of the land, the U.S. Constitution. The branches of government are prohibited from encroaching on the duties and responsibilities of the other. Too much power or authority within one branch would end freedom and reestablish tyranny.

The war to end dictatorial rule was hard fought but won. Future generations would live free if they guarded their gifts wisely and vigilantly. Unfortunately, the gifts of freedom and independence have been taken for granted. So many, especially our younger generations, do not realized how blessed they are to have been born an American. Far too many do not have an understanding of the importance of our founding documents. The United States established freedom and recognized our God given rights. In the United States, the people control and restrain the government. This was a revolutionary idea 240 years ago.

Today, we are facing repercussions for not carefully protecting our freedom. With freedom comes responsibility. We have forgotten that although our God given rights are just that, God given, we must protect and defend them. Our Constitution defines what the government cannot do; it restrains the government from becoming a centralized power. Our rights, as stated in the Bill of Rights, along with additional amendments, are protected by the Constitution but only if we feel these rights are ours. Are they no longer worth defending? Are they no longer worth the fight to remain free?

We are facing very difficult times. Not only has the current administration acted as a dictatorship, it has put the homeland and the American people in grave danger. The administration has refused to protect us against our enemies both foreign and domestic. It has allowed the opportunity for terrorists to enter our country. It has also intentionally created internal unrest. Many divisions now exist among the American people. Individuals are acting out, committing terrorist acts within our borders and specifically targeting those sworn to protect and to serve. Why would the administration want to divide our country?

This administration now predictably, not only rushes to judgment but immediately takes the side of those committing the crime. They do not wait for an investigation or due process. When the truth begins to surface, they do not retract or correct their irresponsible actions. The executive and his band of thugs, refuse to identify our enemies or to target and destroy them. This administration wants unrest. With unrest comes an unlimited amount of power.

Because of our lack of responsibility we have been left with a disturbing decision to make this coming November. Many will feel it’s an obvious decision because we must prevent an even greater evil from completely destroying our country. I understand but, many are wrestling with, and feel we must now compromise our morals, beliefs and convictions. What choice, at this point, do we have?

The path of destruction, which Hillary surly will follow, will end our freedoms and our country as we have known and loved it. Our lack of responsibility has put our whole nation in this terrible position. We will reap what we sow. Americans made their decision and now we must live with the consequences.

When a speech encouraging freedom, to uphold the Constitution and to follow one’s convictions, receives boos from the very party which was formed to establish freedom for all, I fear for my country. Does the party supersede our moral convictions, our character and principles? Do we even care about honesty, commitment and integrity? We have a decision to make, it’s not a decision many want to make. It’s not a decision that many can make happily or enthusiastically.

We are each responsible for our vote and the inevitable impact it will have on our country. Irresponsible voting brought us to where we are today. When freedom hits the chains, how will you defend your choice?

“Government’s first duty is to protect the people, not run their lives.” 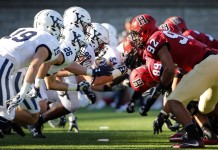 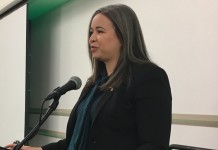