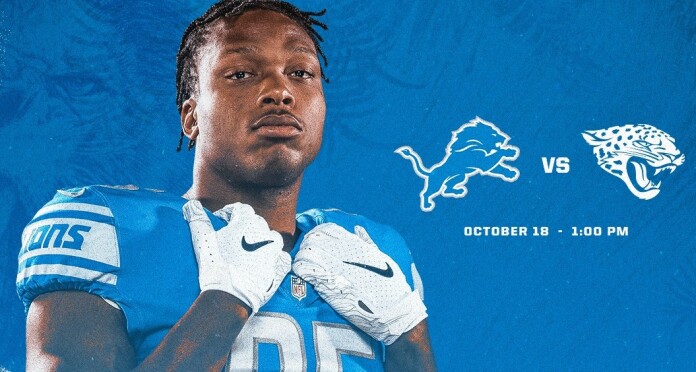 “A loser team beating up on another loser team, nothing to see here,” said Nearing of the Lions first win of the 2020-2021 NFL season. They defeated Arizona 26 – 23 on the road after starting the season 0 -2.

One week later the Lions returned home to suffer a loss to the New Orleans Saints. After leading by 14 points, Detroit fell 35 – 29. Nearing had seen enough.

“No fans, none, have suffered like Lions fans!” he exclaimed to MuskegonTribune.com. “Truth is the only stat that matters.”

Mark Oakley of Jackson said to us following the game, “We have grown used to [the Lions] being terrible, even more so in the 4th quarter!”

Josh Sartwell of Dexter turned to the game during the 2nd quarter, “only to watch the defense literally let New Orleans walk into the endzone two straight plays to tie the game 14-14,” he said. “That’s all I needed to see. Same old Lions.”

Detroit Lions fans in Muskegon and across Michigan have been calling for dramatic changes for years, most recently following their third loss of this season. The Lions drubbing at the hands of the Saints may have been a tipping point for their followers. Their first target is head coach Matt Patricia.

Jay Kilgo of Muskegon expressed his thoughts with us on social media, writing “No defense from a so-called defensive coach! Up 14 early only to give up 28 straight points! Patricia’s gotta go!”

Kimberly Fugitt said the Detroit Lions should “retire the whole program” while Rachel Vulgaris feels the team should, “Clean [the] slate. Get rid of them all. Fords included. Start over.”

Katie of Bloomfield Hills also chimed in via social media, agreeing with Vulgaris about the team-owning Ford family. She wrote, “We need to start a movement to fire the Fords. They are the only constant. The fans need to own the Lions like they do in Green Bay.”

Grand Rapids resident Carlos Collins points his finger at Lions quarterback Matthew Stafford. He feels, “Stafford is overrated and overpaid. Shoulda moved on from him years ago.”

MSU graduate and former Michigan resident Seth Arnott moved to Tennessee following school. He didn’t stop being a Lions fan when he relocated. He, too, wants immediate change. He told the Tribune, “Atlanta has the [guts] to fire their head coach and GM. So does Houston. Why can’t the Detroit Lions?”

Patricia, a former assistant coach for the New England Patriots, has been head coach of the Lions since 2018. Lions general manger Bob Quinn has been with the team since 2016. The team’s record to date under Quinn is 28 – 39, 10 – 25 with Patricia on the sideline.

Chris Scott of Lansing, the owner of multiple award-winning company Custom Built Design & Remodeling, offered an interesting take. He said, “Winning is a choice. The Lions are a business, the owners have made a decision not to win or make the investment to win. They are comfortable with the financial results that a core group of [fans] provide. It will not change until you make them financially uncomfortable. I will not finance failure.”

Week 5 was a bye week for the Detroit Lions. Their next scheduled contest is on the road against the Jacksonville Jaguars on October 18, 2020. Brian Clincy of Muskegon, like many other Lions fans, will be watching. His perspective of the team and their leadership is not as scathing, but he does recognize that they’re in the hot seat to improve.

Clincy said the Lions biggest problem is, “not a talent issue. It’s never been about Stafford’s shortcomings – which aren’t many contrary to popular belief, no identity on defense, and no trust on the offensive play calling. Bob Quinn has actually drafted well. They have a stretch of 5 – 6 very winnable games. Not quite fire Patricia time, but the flames are outside his door.”