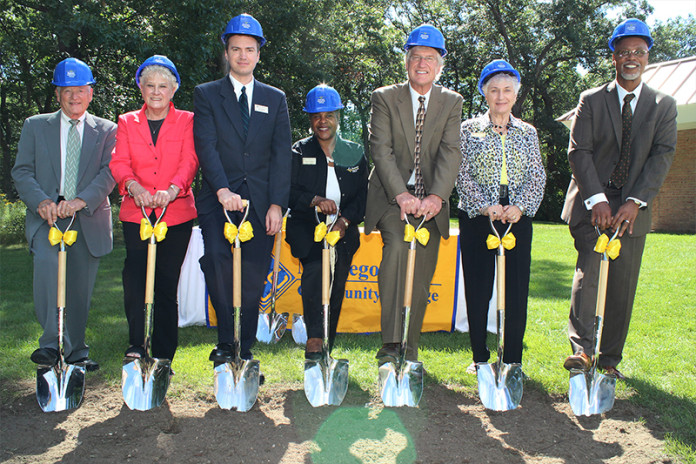 Sean Mullally has a plan for Muskegon. He’s been working on it all of his life. Literally. The 43-year- old Muskegon native has been envisioning a bigger and better Muskegon community for a long time. The bigger and better includes economic and educational growth to match the changing social and business landscape. That is why Mullally is running for the 92nd District State Representative in the August 2nd Democratic Primary – he wants change and has a plan in bringing it to the Muskegon community.

“I want to see an economy that will improve our quality of life,” he said. “It begins with good jobs and a strong infrastructure.”

Mullally talked with the Tribune about his plans for economic growth, starting with the redevelopment of the downtown Muskegon. He would like to see resources spent on building a better downtown. “We need to bring more blight fight money from the state into our local cities,” he said. “Buildings that are beyond repair and creating a nuisance need to be brought down, and those that can be restored should be, especially those with historic value like the Strand Theater. Better quality housing creates better neighborhoods for everyone.”

Speaking of historic value, renovation has begun on the vacant downtown Chronicle and Masonic Temple buildings. The goal is to turn them into new high-tech Muskegon Community College (MCC) technology labs and a new center for business and entrepreneurial studies, providing new opportunities for students while revitalizing downtown Muskegon.

“Downtown revitalization has been a passion of mine ever since I was involved in the Imagine Muskegon project in the wake of the Muskegon Mall demolition,” added Mullally, who is presently serving his second elected term on the MCC Board of Trustees. “A downtown college campus fit right into what we envisioned at that time.”

The voters agreed with Mullally, too. When the MCC Board asked for voter approval of these projects, they got it. In addition, MCC has been very successful at negotiating nearly $17 million in state and federal grants to help pay for this, so these projects aren’t being paid for on the backs of students or through deficit spending.

​”As Board treasurer I can tell you MCC’s finances are rock solid,” he added. “Our budget is balanced and the construction projects are fully funded. That is especially important in these days when so many other public institutions are struggling financially.”​

The new technology labs will allow students to have access to the most up-to- date training for jobs that are needed today – jobs that can bring technology to Muskegon and keep young workers in the area. “The need for skilled trades will never go away,” he said. “MCC training provides a viable career path.”

Besides keeping students connected through a downtown learning campus, local students also stand to benefit greatly from the Muskegon Promise Scholarship. This is initially being provided to graduates of Muskegon, Muskegon Heights, and Holton High School. The Promise will provide two full years of college tuition at MCC or Baker to any graduate with a 3.5 GPA. In future years, the program will expand to include our entire county, possibly with a lower GPA requirement to include even more students.

​”I am extremely happy that the first communities to benefit from the Muskegon Promise are those with the greatest need,” Mullally said. “Keeping college an affordable option is one of the best ways to ensure a better future for our young people.”

While the buzz of construction activity around the revitalization of the Chronicle and Masonic Temple buildings continues, MCC is also investing in major improvements to the downtown Lakeshore Fitness Center, (formerly YMCA) and has put Camp Pendalouan on solid financial footing, ensuring that this youth camp with be enjoyed by Muskegon County kids for years to come.​

“I enjoyed both Camp Pendalouan and ​​the downtown Y as a kid,” Mullally added.​​ “I am very please we’ve been able to preserve both of these for today’s kids and generations to come.”

A strong downtown Muskegon is one way to jumpstart the local economy but Mullally said there are other avenues to follow, too. Avenue is the buzzword. “Our local roads have been neglected for far too long,” he said. “If we are going to attract new jobs and business investment, we need good infrastructure.” Mullally has called on the legislature to restore revenue sharing funds to cities so local roads and infrastructure can be properly maintained.

He also knows that tourism helps build a strong economy. “We have a lot of lakes and beaches around Muskegon,” Mullally said. “We also have cruise ships coming into port. Muskegon has great potential for increasing tourism. I want to get a big summer concert series back in town. That was a huge draw for visitors for many years and with proper management, it could be again.”

He added, “Muskegon is getting better on promoting its tourism but I’d really like to see the state of Michigan do a better side of marketing this side of the state to tourists.”

As a State Representative, Mullally said he can bring a lot of investment dollars into the community and revitalize Muskegon – keeping a bright and positive outlook on future results. “My entire involvement in the community and this election is positive,” he said.