Muskegon County –The “Buy Local” sentiment seems to be gaining popularity in the Muskegon area these days, but that trend goes beyond fruits and vegetables at the downtown Farmer’s Market or movies at Lakeside’s Harbor Theater.

Muskegon residents even have the option of buying local when it comes to the bed they lay down and sleep on each and every night.

Acme Bedding Company, with a factory and retail outlet at 660 W. Broadway, has been manufacturing and selling beds in Muskegon since 1946 – including the last 55 years at its current location, just one block east of Henry Street.

“All of our materials are 100 percent American and all of our labor is 100 percent Muskegon,” explains Acme Bedding owner Dan Lewis, taking a break from building beds at the business his father, also Dan Lewis, and uncle, Neil Dewitt, started as a mattress refurbishing operation after returning from World War II and struggling to find work.

Lewis, 64, started making beds with his dad at age 10 and hasn’t stopped since. He estimates that he has helped make more than 101,000 beds in the past 54 years – with no signs of slowing down.

Lewis is a hard-working, no-nonsense guy, whose formula for business success hasn’t changed much in the past half-century.

Lewis knows that the “buy local” sentiment will only go so far, but it’s Acme’s personal service, individual attention, quality workmanship and standing behind their products which keeps customers coming back year after year, generation after generation.

Buying a bed at Acme is an entirely different experience than doing so at larger national and local retailers.

The first thing that strikes you when you step into the showroom – located just west of the Seaway Drive overpass and directly across the street from another iconic Muskegon business, O’Le Henry Gardens – is the relatively small number of beds on display.

“We don’t make your bed until it’s ordered,” Lewis explains.

Rather than trying to get lucky looking through inventory to find a bed that is the right size and the right firmness, you can test the feel and firmness of the mattresses on display and order exactly what you want. Lewis and one of his two full-time employees will make the bed to the customer’s specifications (including custom-made sizes) in the small factory behind the showroom and deliver it to your home within a couple of days.

“There is no middleman here – that is our niche,” Lewis said. “Anywhere else you buy a bed in town, there is at least one, if not two, extra steps in the process. I touch pretty much every bed that goes through here.”

Acme, which includes a free 10-year warranty and free delivery and disposal of old bedding, offers latex and Memory Foam bedding, frames, a variety of headboards and two things which are disappearing in today’s bedding world – genuine box springs and flippable mattresses.

Traditional box springs have springs with some “give” to them, as opposed to the cheaper to manufacture platforms that have become the norm. A genuine box spring greatly increases the lifespan of a mattress.

“It’s just common sense that a one-sided mattress will only last half as long,” said Lewis, who also eschews the constant, gimmicky “sales” of some larger stores.

The name Acme makes some people think of the old Road Runner cartoons, where the fictional Acme Corporation featured outlandish products used by Wile E. Coyote, which would fail or backfire catastrophically at the worst possible times. Acme is actually defined as “the point at which someone or something is best, perfect or most successful.” Lewis said his father and uncle picked the name for that reason, and also because starting with “A” put the business first in the phone book – a major advantage at that time.

Lewis and his wife, Mary Jane, have four children – Eric, Ellen, John and Ted – all of whom help out at the store and with deliveries at times. He also has 11 grandchildren, with one more on the way.

During those many years of raising children and welcoming grandchildren, Lewis has seen myriad changes in the bedding industry.

One major change is the huge increase in government regulation of the bedding industry, which began with fire retardant requirements in 1974.

Acme also weathered the waterbed fad of the 1980s. Acme never got into the waterbed business, which Lewis concedes hurt his business for a number of years. but ever since that trend wore off it has been great for business as Acme has made hundreds of mattresses specifically to fit into waterbed frames.

Acme also grew beyond Muskegon at different times, with as many as seven different regional locations at one time (as far away as Mishawaka, Ind.), but the business has come full circle to its one constant location in the heart of Muskegon.

And Lewis remains the man in charge; Muskegon’s bedding guru for now and, God willing, many more years to come.

“I’ll never retire,” Lewis concedes. “This is my life here and I enjoy it.”

WHERE:  660 W. Broadway in Muskegon, just one block off of Henry Street, next to Comcast

HOURS:  Acme opens at 9 a.m. every day, except it is closed on Sunday. The store is open until 7 p.m. on Mondays and Fridays, 5 p.m. on Tuesday, Wednesday and Thursday and 1 p.m. on Saturday.

ABOUT THE STORE:  Acme has been manufacturing beds in Muskegon since 1946 and at its current location since 1960.

WHY BUY FROM ACME:  Acme custom makes each bed to fit its customers’ desires. The company offers a free 10-year warranty, free delivery and disposal of old bedding and uses 100 percent American-made materials.

DID YOU KNOW?  Many bed manufacturers have gone to producing single-sided mattresses, effectively cutting the lifespan of the mattress in half. Acme continues to make flippable mattresses. 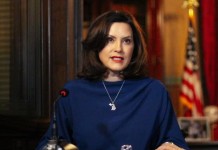 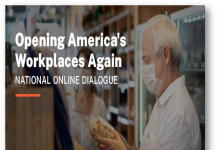 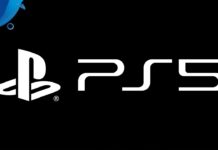