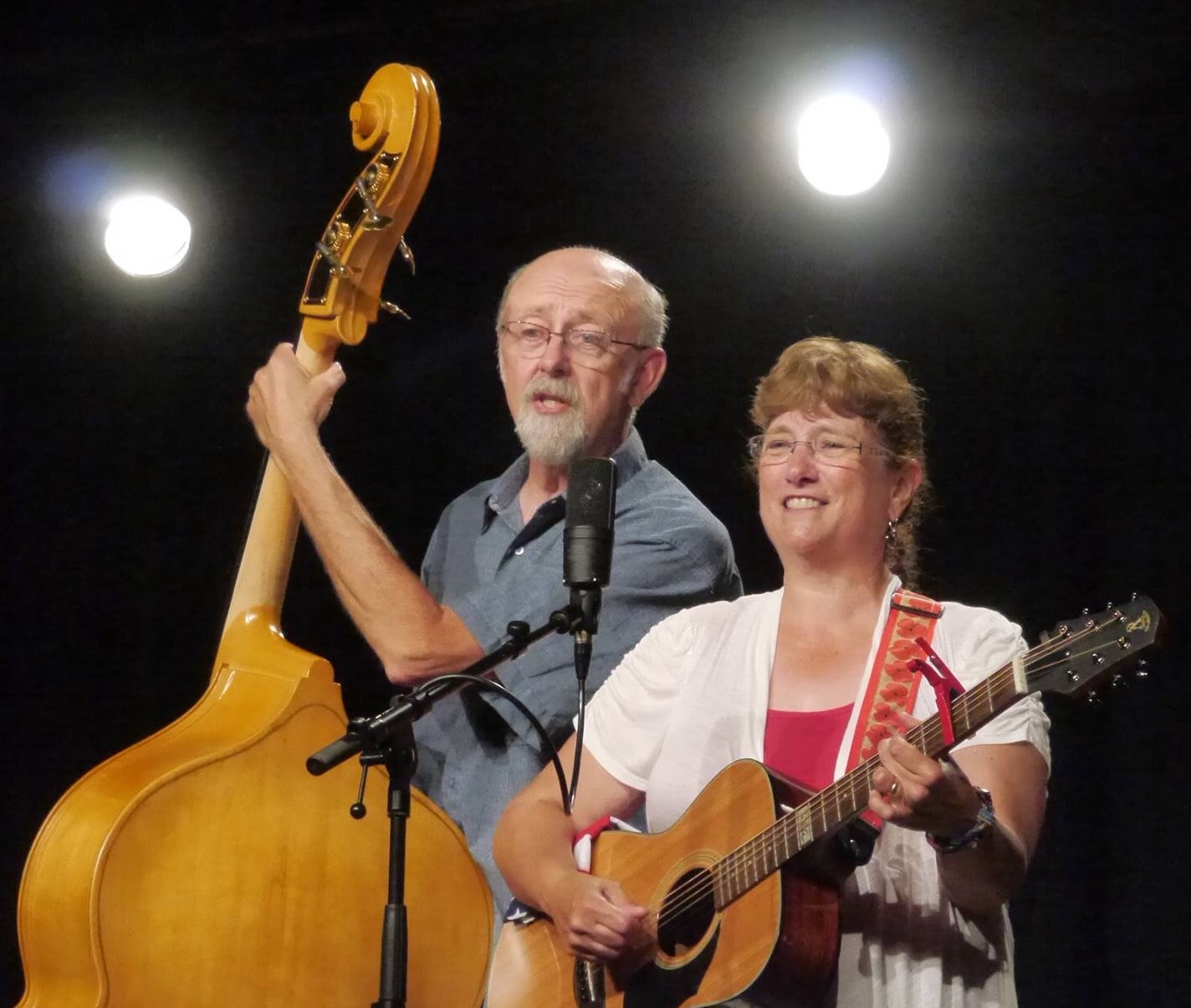 Rothbury – There are big doings this Friday night, August 12th, at the Double JJ Resort. Maybe bigger than expected. Thanks to an expected big turnout from interested music lovers and fans, the Ruth & Max Bloomquist concert has been moved from the resort’s Old Town section to outside of the Sundance Steakhouse at the JJ Frontier, located at 5900 Water Road in Rothbury.

The time of the event has also been changed to accommodate people who plan to eat dinner prior to the concert, especially those who plan to dine at the nearby Sundance Steakhouse. The new time is 7:30 – 10:00 p.m. If there is rain (a possibility), the concert will simply move about 15 feet under cover – but it will go on rain or shine.

The concert – which is free and open to the public – features the talents of Ruth and Max Bloomquist, a duo who has been described by John Sinkevics of the Grand Rapids Press, as “veritable folk music legends in Michigan [who] captivate audiences with their songs, their harmonies and their folk-infused charm”.

Ruth is well known for her songwriting and alto voice. She’s a winner of Merlefest’s Chris Austin Song Writing competition with her gospel number, “By the River.” One of her other songs – “Turn Back a Page” – reached number five on the Folk DJ Airplay Chart with four songs in the top 100.  The Bloomquists released a live CD in 2012 and a Christmas EP in 2015. A new release is in the works for 2016.

According to Jim Bond, who handles marketing for the Double JJ and who organized the concert, Muskegon natives Ruth and Max, are well known for their interactions with the crowd and how they explain their music. But while organizing the event, he found out something interesting. “The Bloomquists have been together for 40 years but have never played the Double JJ,” he said. “They are known for their folk music but they actually play a number of different genres.”

Bond added, “After talking with our contacts and fans of Ruth and Max, we felt it was better to offer them a bigger variety of food by moving to the Sundance Steakhouse.”

Food and beverage service will be available before and during the performance from the Sundance Steakhouse. Dinner reservations are recommended at (231) 894-3900. Those wishing to spend the weekend can get reduced rates for Friday and Saturday night in the resort’s Loft Hotel at $229 plus tax for the two-night stay. This includes discounted prices for the Gold Rush indoor waterpark ($5.00 off with a limit of 4 per room) during the day on Saturday, August 13; and the popular Pig Roast and Rodeo Saturday night discounted to $20 for adults and $12 for children under 12. Reservations are required for the overnight package.

The Double JJ Resort is an all-season resort located off Exit 136 from US 31 in Rothbury, Michigan, 30 miles north of Muskegon. For more information, call (231) 894-4444, visit the website at doublejj.com or find them on Facebook.

NOTE: Concert will go on as scheduled ‘Rain or Shine’