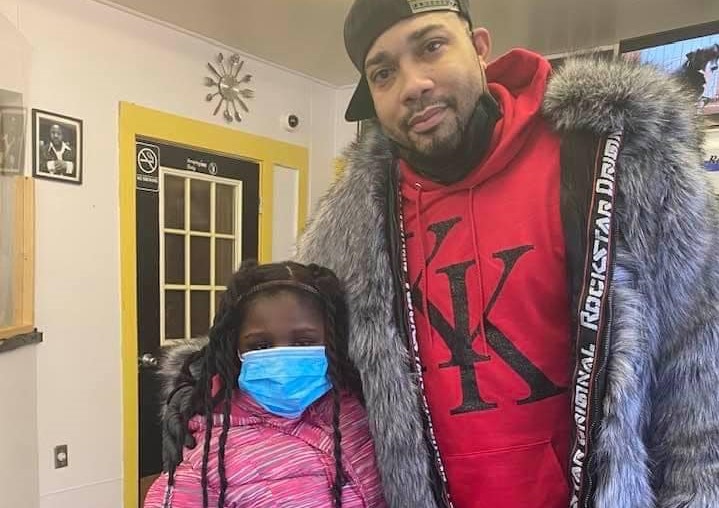 An event host, Hip Hop recording artist, promotor and marketer, and manager, Porter has garnered several incredibly admirable achievements. His hunger to succeed brought him success on a national level, most recently in the company of the iconic CORE DJs in Atlanta.

Truth be told, Porter takes pictures during his splashy outings, however he doesn’t flaunt by posing with his hands full of money. He understands that his ascension into the upper ranks of his profession humbly started at home. While growing up his cabinets weren’t always full.

Porter has genuine empathy for the people in his community that are struggling, especially during these unprecedented times. The COVID-19 pandemic has taken lives from households and food off their tables. Aware of these widespread hardships, Porter decided to entertain giving some back.

On January 30, 2020, Porter’s imprint Phat Boi Records and outreach Phat Boi 4 Kids presented their 1st Annual Food/Dinner Giveaway at Lott & Big Weezy’s Kitchen located at 169 Broadway in Muskegon, MI. Their mission was to “To Give Back and Pay It Forward”.

Porter and his team donated $500, and that amount was matched by Lott & Weezy’s. It was enough to cover the cost of 100 of their $10 meal plates which they served to the community. Their charitable hearts proved to be infectious as donors outside their planned partnership chipped in to help. These additional donations allowed them to serve meals to nearly 200 people that day, folks who were hungry for more than just a hot meal.

These were people hungry for acknowledgement of their concerns and challenges. People hungry for aware eyes that won’t look away, strong backs that won’t turn on them, and for someone with any degree of success and influence, local or national, to have enough empathy to lend a helping hand during a time when they legitimately can’t help themselves.

Before Porter established fans around the country, he got support from his Muskegon community. His decision to do the food giveaway wasn’t about selling records, tickets and merchandise, or amassing streams on Spotify. It was about those times when his cabinets weren’t full and he was hungry for someone with aware eyes, a strong back, and influence like Mr. 1204 to acknowledgement his concerns and challenges.

Truth be told, Porter took pictures at Lott & Big Weezy’s Kitchen on January 30th. He gets my applause because I know they mean way more to him than the ones he took with the CORE DJs in Atlanta.

Commentary: Mean Pictures added by Guest1 on February 5, 2021
View all posts by Guest1 →