I don’t think any sensible person wants to contract or spread COVID-19.

In an effort to lessen the spread of the virus in Michigan, Gov. Whitmer issued an executive order requiring citizens to wear protective masks when visiting public indoor spaces and crowded outdoor spaces. Businesses can decline services to anyone not wearing one.

There are, however, people who feel wearing a mask in an inconvenience and in some cases a health risk. The outspoken have taken to social media among other outlets to express their heated thoughts on this subject, including whether or not wearing them actually helps.

According to advertised research, the chance of spreading COVID-19 can be reduced by 40% if masks are being worn.

I recently heard another believed reason masks are more a hindrance than helpful is because they give potential kidnappers an advantage. According to what I learned, assailants are able to more easily snatch children without anyone knowing who they are or who they’ve taken due to faces being covered.

At this point, though, you’re probably wondering why I chose the picture above for such a serious topic as the use of face coverings during a global pandemic. And, I admit, you’re right to question my photo choice.

Both the good guys and the villains V.E.N.O.M. (Vicious Evil Network of Mayhem) wore special masks that allowed them to control transformable tactical vehicles. Viewers could clearly distinguish the protagonists from the antagonists.

The show was based on a toy line, and their draw was things like, for instance, a commercial motorcycle that could morph into a military-grade attack helicopter. Playing with the M.A.S.K. action figures and accessories could be fun for a bit. Using your imagination could go a long way if you allowed it.

With the TV show viewers didn’t have to imagine anything. All the conflicts played out right in front of them. With both sides clad in their coverings, the good guys always won in the end. M.A.S.K. was canceled after just 2 seasons.

I chose that image because the conflict over mask wearing has become almost cartoonish. Debaters are choosing sides, each of them believing their views are just while viewing their opposition as villainous.

The true antagonist of this real-life series of events is COVID-19 and it’s quickly approaching its 4th season. More than 100,000 Americans won’t be alive to witness what happens in the next episode. The executive order, be it good or bad, is in place with no signs of being defeated.

I sure don’t want the spread of the virus on my conscience. And I would rather not take the risk of conducting my own mask-wearing research or challenge anyone who claims they have. What I do want is to witness, not imagine, my family and everyone else surviving this pandemic.

That kidnapper argument, though? That’s as ridiculous as a commercial motorcycle morphing into a military-grade attack copter. 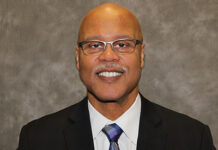 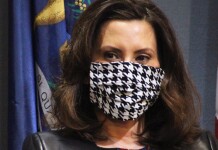 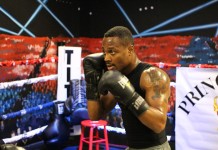