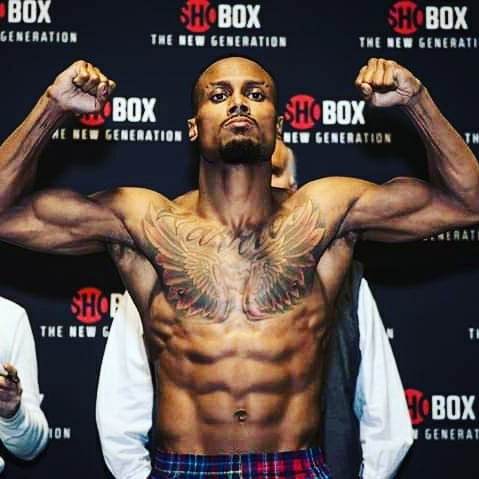 Super bantamweight boxer Raeese “The Beast” Aleem of Muskegon improved his unblemished record to 17 – 0 at Mohegan Sun Arena in Uncasville, CT on August 1, 2020.

Aleem’s second consecutive fight televised on Showtime, the 30-year-old finished off opponent Marcus Bates by TKO in the 10th round. He was originally scheduled to face 19-0 Tramaine Williams as part of a title eliminator for a WBA world championship opportunity.

Unfortunately, fellow scheduled fighter Stephen Fulton and members of his team tested positive for COVID-19 which caused the Mohegan matchups to be rearranged. This resulted in Aleem’s second career victory over Bates (11 – 2).

A pro boxer since 2011, Raeese Aleem spoke with MuskegonTribune.com earlier this year about his title aspirations. He said, “my ultimate goal is to be the first world champion from Muskegon.”